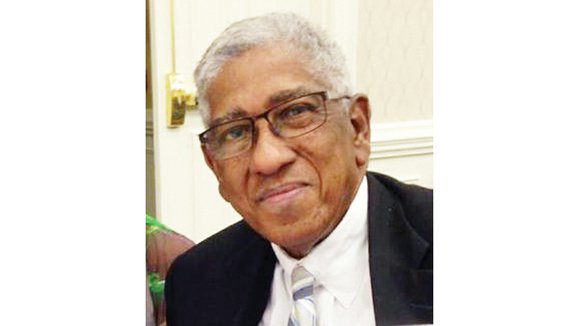 “My mother said it was important to be educated and give something back to the church and to the community.”

Leonard W. Lambert Sr. told the Free Press those were the life lessons his mother, Mary Frances Warden Lambert, taught him and his six siblings long before her death in August 2014.

Mr. Lambert took those words to heart in his decades of legal and community service in Richmond and surrounding areas.

He had a longtime law practice, Leonard W. Lambert & Associates, in Church Hill. His daughter, Linda Lambert Anderson, and son, Brice E. Lambert, both practice law with the firm.

He became Richmond’s first African-American judge in 1973 when he was named a substitute judge for the Richmond General District Court, less than a year before now retired Judge Willard H. Douglas Jr. was named to fill a vacant seat on the court.

Outpourings of affection and warm recollections were offered by some whose lives Mr. Lambert had deeply touched.

“Leonard was a dear friend and someone I admired as a person and as a lawyer,” said George Keith Martin, managing partner at the Richmond office of McGuireWoods in Downtown. “He was devoted to his family and friends … and was, by nature, an encourager.

“As a lawyer, he was admired by all because of his sharp mind and superior legal skills,” Mr. Martin continued. “He was always very generous with his time. He helped me and countless other lawyers when we were young and trying to establish our careers.

“Leonard was a gem and we were blessed to have him in our lives.”

“He was a wonderful friend,” Judge Gregory said. “He was always so unselfish in sharing his talents as a lawyer with younger lawyers. I remember him helping me in terms of handling a personal injury matter.

“He comes from a sharing family,” he added. “He was full of life, had a great sense of humor and you never saw him in a bad mood. He always exuded great professionalism. He’s going to be sorely missed in the community.”

Dr. Elwood B. Boone Jr., who said he has known Mr. Lambert for 40 years, described him as jovial and good-hearted with positive things to say about most people and things.

“At the same time, he tended to business,” Dr. Boone said.

Mr. Lambert and Dr. Boone worked closely as board members of Paradigm Communications Inc., the parent company of the Richmond Free Press. Dr. Boone serves as board chairman; Mr. Lambert was treasurer of the board at the time of his death.

“Lambert was a stalwart believer in the Free Press mission,” Dr. Boone said. “And as one of the original investors in Paradigm and as a board member, he served diligently. His services will be surely missed. My condolences go out to his family.”