Dick Gregory: What is seen and unseen 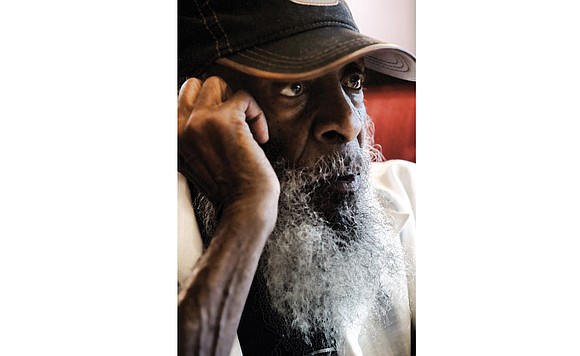 The celebration of the life of Dick Gregory on Sept. 16 at the City of Praise Family Ministries in Landover, Md., was more than seven hours of eclectic diversity, from a serenade by Native Americans to a musical tribute by Ayanna Gregory, Mr. Gregory’s daughter, and Stevie Wonder, to speakers MSNBC’s Lawrence O’ Donnell and Washington Mayor Muriel Bowser, to the fiery Rep. Maxine Waters, who vowed to help impeach that “thing” in the White House.

There were torrents of “hallelujah” and especially “as-salaam alaikum” as Nation of Islam head Minister Louis Farrakhan began a profoundly uplifting eulogy.

It was fascinating to see how a man born so far down in the cracks of society could rise so far: Jailed countless times in the fight for human rights; 13 books written; a star on Hollywood’s Walk of Fame,  movie roles,  a celebrated humorist and global humanitarian. Mr. Gregory was born in 1932 in the slums of St. Louis. His mother, Lucille Gregory, had to put plastic on her feet to keep them from getting wet as she walked to work. When Mr. Gregory was 10, a white man knocked out two of his front teeth for touching a white woman as he shined her shoes. The family was chronically evicted for the inability to pay their $18 monthly rent.

What kind of journalist would I have become if it had not been for Mr. Gregory becoming my mentor and coach for more than three decades as I tried to survive as a pioneering black woman journalist in white newsrooms? He was the one who pushed me to go out on a limb for unpopular people and for causes even if the limb broke off; how not to discount conspiracies just because it is safer to believe a lie rather than an unpopular truth; and how to expose the liars and the exploiters in high places, no matter who and where they were.

Should I state the obvious of how badly Mr. Gregory is still needed today?

Of course, following the Dick Gregory stylebook meant you wouldn’t have a job long. In some newsrooms, the reward for not toeing the company line, disbelieving that white is always right, and caring more for the masses at the bottom than the big shots at the top, means a swift kick out the door.

It was not unusual for Mr. Gregory to entice me to venture off to distant lands or to stick my nose into events that sounded and looked correct, but would turn out to be rotten to the core.

Mr. Gregory was a renowned health enthusiast who developed weight loss products, such as the Bahamian Diet, that were popular in the states. In 1985, he developed a low-cost nutritional product to fight famine and took 50 truckloads of it to Ethiopia. I went with him and saw hundreds of people dying from starvation in resettlement camps in the desert. I held in my hands 5-year-olds so emaciated that they looked half their age, and women so exhausted that they collapsed as they walked. The products he delivered saved many lives.