Spotlight on founder of the Hanover County Black Heritage Society 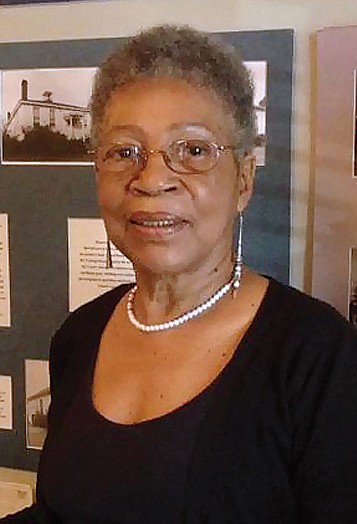 Black history runs deep in Hanover County, and Carolyn Tibbs Hemphill is on a mission to find it, preserve it and let the world know about it.

Ms. Hemphill, a retired independent consultant and Ashland native and resident, is the founder and chief executive officer of the Hanover County Black Heritage Society.

All information collected by the group, including texts, photos, oral histories and more, is open to the public for use or review.

Ms. Hemphill’s decades-long interest in African-American history began when she was attending the sole public high school for African-Americans in the area at the time of seg- regation.

The society has furthered Ms. Hemphill’s interest. Dur- ing its 25 years in existence, the society has published multiple monographs documenting African-American history in the region; created a traveling exhibit that allows their displays to be showcased across Ha- nover; celebrated 19th-century minister John Clarke with a historical marker; sponsored an oral history project identifying eight African-American families dating as far back as 150 years; and preserved the Rutland Slave Cemetery on U.S. 301, with some of the data gleaned from

the area now archived in an exhibit at the Smithsonian.

The group also celebrates African-American history in a more general sense, with annual celebrations of Juneteenth, the June 19 emancipation of slaves in the former Confederacy, and yearly participation in the Ashland Christmas Parade.

Looking over all these achievements, it’s no surprise that Ms. Hemphill is excited about her role in “providing a much needed venue for preserving information about Hanover’s African-American population.”

To hear her describe the feedback the society receives, those connected to Hanover County are pretty excited, too. The group’s work has connected a number of families and relation- ships, including a vacationing Californian with the broader history of his sister in the region. The office regularly receives calls and emails from people curious about family that may have lived in Hanover County. Given the depth of information the group has uncovered so far, there’s likely still more to be found in just the work they’ve done already.

The society is preparing to recognize “African-American Trailblazers on the Rails,” an exhibit debuting Saturday, Nov. 2, for the 17th Annual Ashland Train Day, a railroad-themed event of music, activities and exhibits, including model trains. It will be held at the Ashland Train Station, 112 N. Railroad Ave. in Ashland.

At the event, the Hanover County Black Heritage Society will offer a free publication that includes “Been Workin’ on the Railroad,” the story of Samuel Ballton by William G. Thomas, and a listing of some Hanover County residents who worked for the railroad as laborers, porters and travelers.

While the society may be lacking a permanent headquarters to coordinate their efforts — a personal dream for Ms. Hemphill — the group remain steadfast in its mission to ensure this part of Hanover history isn’t buried and forgotten.