Restaurateur, model B. Smith dies at 70 from early onset Alzheimer’s 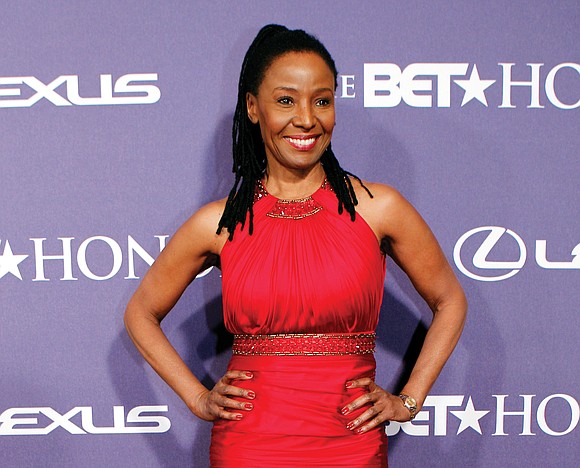 NEW YORK - Barbara “B.” Smith, one of the nation’s top African-American models who went on to open restaurants, launch a successful home products line and write cookbooks, has died at her Long Island home at age 70 after battling early onset Alzheimer’s disease.

Ms. Smith’s family announced on social media that she died Saturday evening, Feb. 22, 2020. “Heaven is shining even brighter now that it is graced with B.’s dazzling and unforgettable smile,” her husband, Dan Gasby, posted on Facebook.

Ms. Smith’s eponymous Manhattan restaurant opened in 1986 and attracted a following among affluent black New Yorkers, The New York Times recalled. Essence magazine described it as the place “where the who’s who of black Manhattan meet, greet and eat regularly.” Ms. Smith wrote three cookbooks, founded three successful restaurants and launched a nationally syndicated television show and a magazine. Her successful home products line was one of the first by an African-American woman to be sold at a nationwide retailer when it debuted in 2001 at Bed Bath & Beyond.

In 1976, she became the second black model to be on the cover of Mademoiselle magazine, after Joli Jones in 1969.

Ms. Smith was diagnosed with early onset Alzheimer’s disease in 2013. Following her diagnosis, she and Mr. Gasby raised awareness of the disease, and particularly its impacts on the African-American community.

Some described Ms. Smith as a “black Martha Stewart,” a comparison she said she didn’t mind though she believed the two lifestyle mavens were quite different.

“Martha Stewart has presented herself doing the things domestics and African-Americans have done for years,” Ms. Smith said in a 1997 interview with New York magazine. “We were always expected to redo the chairs and use everything in the garden. This is the legacy that I was left. Martha just got there first.”

In the same interview, Mr. Gasby said, “Martha is perfection and Barbara is passion.”

Ms. Smith began suffering from memory problems years before her diagnosis. She once froze for several seconds while being interviewed on the “Today Show,” prompting a doctor’s visit that led to her diagnosis. A few months later, she was missing in New York for a day.

In 2018, Mr. Gasby revealed that he was in a relationship with another woman while caring for his ailing wife, leading to harsh criticism from some of her fans. He fired back at critics with a Facebook post about the pain of living with Alzheimer’s in the family. “I love my wife but I can’t let her take away my life,” he wrote. The couple co-authored a book, “Before I Forget: Love, Hope, Help and Acceptance in Our Fight Against Alzheimer’s,” and had partnered with the Brain Health Registry.

Ms. Smith, a native of Pennsylvania, began her career as a fashion model in Pittsburgh and went on to serve as a spokeswoman for Verizon, Colgate, Palmolive Oxy and McCormick’s Lawry seasonings. She hosted the nationally syndicated television show “B. Smith with Style” for nearly a decade, which aired on NBC stations.

Ms. Smith is survived by Mr. Gasby, whom she married in 1992, and her stepdaughter, Dana Gasby.