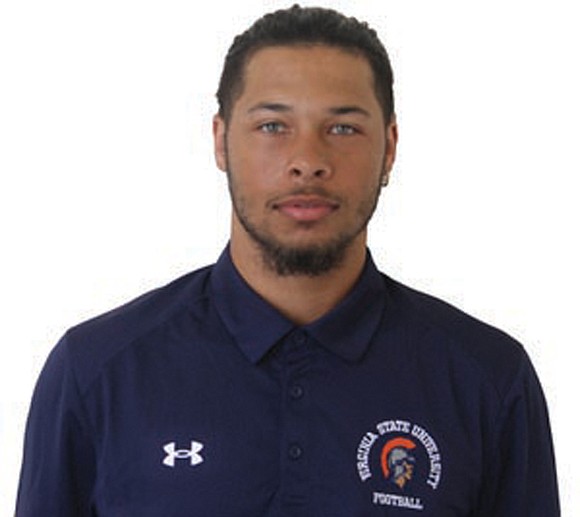 Virginia State University has momentum and rising star Jordan Davis on its side heading into homecoming weekend.

But will that be enough against invading Bowie State? Kickoff is set for 4 p.m. Saturday at Rogers Stadium.

Led by triple-threat Davis, the junior quarterback from Woodbridge, the Trojans marched 90 yards on 10 plays in three minutes for the winning score with 12 seconds left.

Davis carried four yards for the clinching touchdown that keeps the Trojans very much alive for the CIAA Northern Division title.

And that’s not all. Serving as punter, Davis booted eight times for 178 yards, including one well-directed kick that came to rest on Shaw’s one-yard line.

With 580 yards so far, Hagans is second in CAA rushing behind Virginia Union’s Jada Byers.

On defense, Willie Drew had two interceptions, Tyrone Fisher made 14 tackles and Kymon Pope from nearby Dinwiddie had 12 tackles, including 3.5 for losses.

Bowie has won the last three CIAA titles, but a changing of the guard has occurred at the Maryland school.

Kyle Jackson is the interim replacement coach for the ultra-successful Damon Wilson, who now coaches at Morgan State.

While at Bowie, Wilson posted an overall 89-45 record and 62-12 in CIAA. The Bulldogs were 14-0 the past two seasons but have hit a snag this go-round.

Bowie comes to Rogers Stadium with a 3-2 record that includes a 17-14 loss to Shaw Sept. 17 in Raleigh. The Bulldogs have since routed CIAA lightweights Livingstone and St. Augustine’s for the past two weeks.

VSU opened this season with a loss at Lenoir-Rhyne, but has been ablaze since. With at least five games to go, the four wins are more that it generated all last season in a lackluster 3-6 campaign.

No formal introductions will be needed Saturday among the coaches. VSU’s Frazier was a longtime head coach and assistant coach at Bowie.

Jackson and Frazier were part of the same staff at Bowie under Wilson for several seasons.