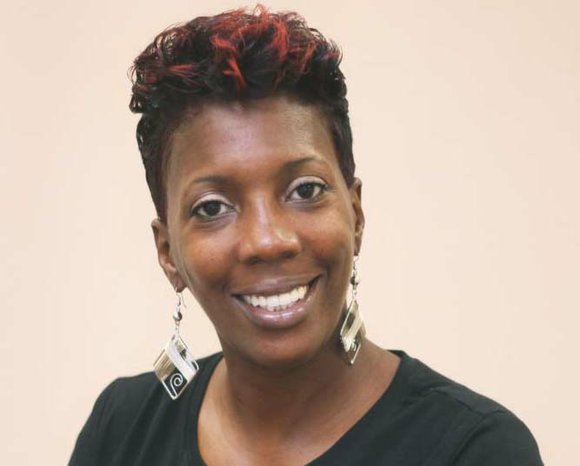 Nikisha Darchell Ross is proof that one person can make a difference.

She’s the founder of the three-year-old P&B Club, which focuses on providing new undergarments to women who cannot afford the cost of panties and bras ­— hence the club name P&B.

“Most people don’t think about undergarments,” says Ms. Ross, 41, but if “you can’t afford them, it can be a problem, particularly for women. Our club tries to solve that problem.”

A 14-year veteran driver for GRTC, Ms. Ross, better known as Nikki, says she sees plenty of people who are homeless or down on their luck on her bus route.

“I wanted to do something about it,” says Ms. Ross.

She came up with the idea for the P&B Club while cleaning out old panties and bras from her dresser.

At first, she just wanted to create a club for family and friends to provide each other with new undergarments during each member’s birthday month.

She says she realized the better way to go would be for the fledgling club to provide undergarments for women who are homeless or caught up in circumstances that put the cost of new underwear out of reach.

Ms. Ross says the club is getting plenty of requests. “People hear about what we are doing by word of mouth or through Facebook,” she says. “We also collect undergarments for men. We don’t discriminate.”

The club also takes on other projects, including providing meals to the homeless in Monroe Park, she says. “We just want to give back to the community,”

A close-up of this week’s Personality, Nikisha D. “Nikki” Ross:

How I came up with the club idea: When I was cleaning out my top dresser drawer, I noticed most of my panties and bras were either too small or just out of style. At first, I sought to involve family and friends in making gifts of undergarments to each other during each person’s birthday month. Then I thought about women who are homeless or who live in group homes and cannot afford new undergarments. Helping them has become our club’s focus.

What motivated me to start the club: I wanted to promote a strong sisterhood to give back to the community.

P & B’s mission: To help others in any way we can. We meet on a monthly basis and decide on our next projects.

Top projects: We have delivered undergarments to women who need them at shelters and group homes. We also have held a breakfast and toy drive for five kids who lost their mother only a few weeks before Christmas and were living with their grandmother. We also have provided breakfast and lunch to the homeless in Monroe Park.

Where funding comes from: Through monthly dues of $20 per member and fundraisers. Earlier this month, we held a benefit flag football game and will use the proceeds for our projects.

How homeless people are viewed: I think many people feel like homeless people have done something wrong when that is not always the case. Sometimes it is just one unfortunate circumstance that results in a lack of finances.

What makes me tick: I like to make sure that everyone is cared for and happy.

How I unwind: Sitting at home on my sofa with my three girls, enjoying a good ol’ conversation.

Best late-night snack: Four Oreo cookies and a half glass of milk.

Quality I most admire in another person: Honesty.

The best thing my grandmother taught me: To love and forgive no matter how hard it may seem.

Book that influenced me the most: “Truth Be Told” by Victoria Christopher Murray.

Next goal: Increase membership and expand the P&B Club to other communities.