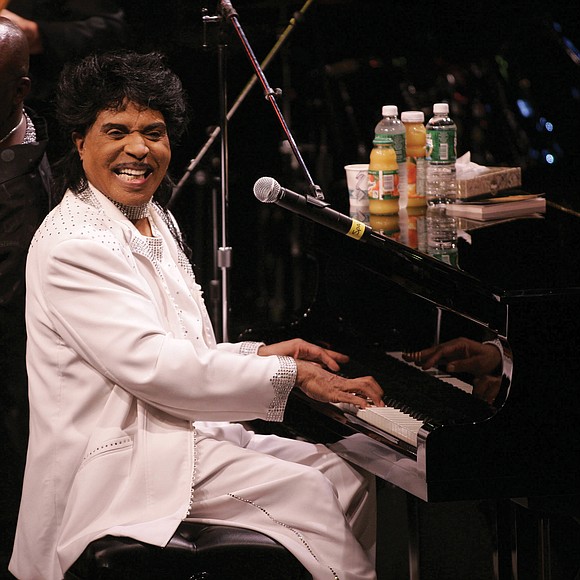 Little Richard, the self-proclaimed “architect of rock ‘n’ roll” who built his groundbreaking sound with a boiling blend of boogie woogie, rhythm and blues and gospel, died Saturday, May 9, 2020, at the age of 87.

A Grammy Award winner and inductee in the Rock & Roll Hall of Fame whose electrifying 1950s hits such as “Tutti Frutti” and “Long Tall Sally” and flamboyant stage presence influenced legions of performers, succumbed to bone cancer.

His bass guitarist, Charles Glenn, told celebrity website TMZ that Little Richard had been sick for two months and that he died in Tullahoma, Tenn., surrounded by his brother, sister and son.

“He was loved by his family and adored by millions,” his family said in a statement released through their lawyer, Bill Sobel.

Little Richard was among the first inductees into the Rock and Roll Hall of Fame in 1986 but missed the ceremony because he was recovering from an auto accident. Rolling Stone magazine ranked him No. 8 on its list of 100 greatest entertainers of all time and he received a lifetime achievement Grammy in 1993.

“Little Richard bent gender, upset segregationist fault lines and founded a tradition of rock dadaists devoted to the art of self-creation,” a Rolling Stone critic said. “He went with the inspiration of the moment, be it divine or hormonal, and caromed like a shiny, cracked pinball between God, sex and rock ‘n’ roll.”

As a minister, Little Richard officiated at weddings for Bruce Springsteen, Demi Moore and Bruce Willis, Cyndi Lauper and other celebrities.

He suffered a heart attack in 2013 and hip problems required him to use a wheelchair at times.

In a post on Instagram last Saturday, Little Richard’s guitarist Kelvin Holly said, “Rest in peace, Richard. This one really stings. My thoughts and prayers go out to all my bandmates and fans all over the world. Richard truly was the king!”

At his peak in the late 1950s and early 1960s, Little Richard shouted, moaned, screamed and trilled hits like “Good Golly Miss Molly” and “Lucille,” all the while pounding the piano like a mad man and punctuating lyrics with an occasional shrill “Whoooo!”

Time magazine said he played “songs that sounded like nonsense ... but whose beat seemed to hint of unearthly pleasures centered somewhere between the gut and the gutter.”

The music drew in young black and white fans at a time when parts of the United States still were strictly segregated. Many white artists, such as Pat Boone, had their own hit versions of Little Richard’s songs, albeit considerably toned down and “safer” for the pop audience.

“I’ve always thought that rock ‘n’ roll brought the races together,” Little Richard once told an interviewer. “Although I was black, the fans didn’t care. I used to feel good about that.”

James Brown, Otis Redding, Mick Jagger, Paul McCartney, David Bowie and Rod Stewart all cited Little Richard as an influence. Jimi Hendrix, who played in Little Richard’s band in the mid-1960s, said he wanted to use his guitar the way Little Richard used his voice.

“I am the innovator,” Little Richard would tell interviewers and audiences. “I am the originator. I am the emancipator. I am the architect of rock ‘n’ roll!”

“Elvis may have been the king of rock ‘n’ roll, but I am the queen,” he proclaimed.

Born Dec. 5, 1932 as Richard Penniman to a poor family of 12 children in Macon, Ga., Little Richard grew up with religion as a guiding force in his family. His family attended Pentecostal, Baptist and African Methodist Episcopal churches. His faith was so deeply ingrained that at times it would overwhelm his rock career.

His first performances were as a child in his church choir and his earliest inspirations were gospel singers, including Sister Rosetta Tharpe, who let a young Richard open her show when she stopped in Macon. A singer named Esquerita also influenced Richard’s fashion and manic musical style.

He first went on the road in the late 1940s, performing in medicine shows and drag shows and with bands.

Little Richard first recorded in the early 1950s and became a dominating force on the music charts starting in 1956 with hits such as “Tutti Frutti,” “Rip It Up,” “Slippin’ and Slidin,’ ” and “Good Golly Miss Molly.” All were infused with an energetic rhythm bordering on the frenetic.

“Shining like a quasar, the most intensely radiant object in the cosmos, he seems to tap a mystical source of mental power that is only accessible to great preachers and shamans,” former Beatles star Paul McCartney wrote in the preface to Little Richard’s 1994 autobiography “The Life and Times of Little Richard.”

But Little Richard’s career took a turn in 1957 when he decided to abandon rock in the middle of a two-week tour of Australia.

Little Richard told a biographer that he saw a fireball shoot across the sky during an outdoor performance in Sydney and took it as a sign from God to change his life. He said he later determined the fireball was the launch of Russia’s Sputnik satellite.

A few months later, however, Little Richard was a student at a Bible college in Alabama. For a while, he played only gospel music, but slipped back into rock ‘n’ roll, sharing a bill with the young Beatles in Hamburg, Germany, in 1962.

It was a pattern that persisted for years, as Little Richard moved between rock ‘n’ roll, alcohol, cocaine and heroin abuse and Christianity and gospel music. He would go on to become an ordained Seventh Day Adventist minister and eventually worked both gospel and rock into his shows, along with a little preaching.

“I talk about my life as a homosexual and a drug addict because I think it is right to tell people what God has done for me,” Little Richard wrote in his autobiography.