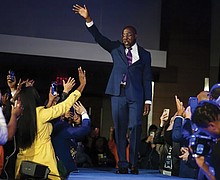 Democratic Sen. Raphael Warnock defeated Republican challenger Herschel Walker in a Georgia runoff election Tuesday, ensuring Democrats an outright majority in the Senate for the rest of President Biden’s current term and capping an underwhelming midterm cycle for the GOP ...

Law enforcement officers who defended the U.S. Capitol on Jan. 6, 2021, were honored Tuesday with Congressional Gold Medals nearly two years after they fought supporters of then-President Trump in a brutal and bloody attack. 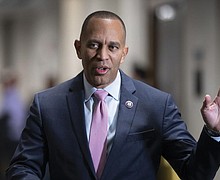 House Democrats ushered in a new generation of leaders on Wednesday with Rep. Hakeem Jeffries elected to be the first Black American to head a major political party in Congress at a pivotal time as long-serving Speaker Nancy Pelosi and ... 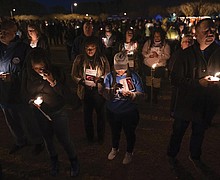 A Walmart employee who survived last week’s mass shooting at a store in Virginia has filed a $50 million lawsuit against the company for allegedly continuing to employ the shooter — a store supervisor — “who had known propensities for ...

The Justice Department made a rare intervention Tuesday to try to bring improvements in the beleaguered water system in Mississippi’s capital city, which nearly collapsed in late summer and continues to struggle.

The Senate passed bipartisan legislation Tuesday to protect same-sex marriages, an extraordinary sign of shifting national politics on the issue and a measure of relief for the hundreds of thousands of same-sex couples who have married since the Supreme Court’s ... 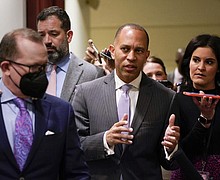 A day after Speaker Nancy Pelosi announced she would step aside, Rep. Hakeem Jeffries of New York launched a history-making bid Friday to become the first Black person to helm a major political party in Congress as leader of the ... 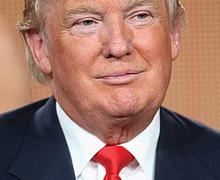 The Supreme Court on Tuesday cleared the way for the imminent handover of former President Trump’s tax returns to a congressional committee after a three-year legal fight. 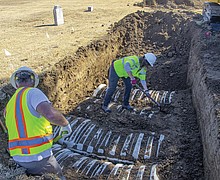 The latest search for remains of victims of the 1921 Tulsa Race Massacre has ended with 32 additional caskets discovered and eight sets of remains exhumed, according to the city. 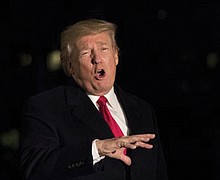 Republicans won control of the U.S. House on Wednesday, returning the party to power in Washington and giving conservatives leverage to blunt President Biden’s agenda and spur a flurry of investigations. But a threadbare majority will pose immediate challenges for ... 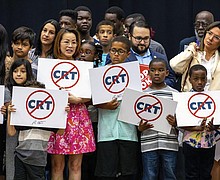 The history behind ‘parents’ rights’ in schools

The movement for “parents’ rights” saw many of its candidates come up short in this year’s midterm elections. But if history is any guide, the cause is sure to live on — in one form or another. 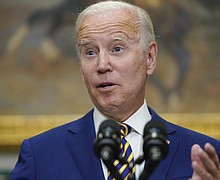 President Biden’s plan to forgive student loan debt for millions of borrowers was handed another legal loss Monday when a federal ap- peals court panel agreed to a preliminary injunction halting the program while an appeal plays out. 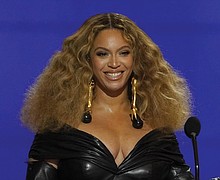 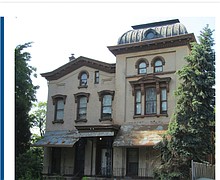 Social justice and community advocates are calling for no taxes to be levied on a mansion that has served as the headquarters for the oldest Black women’s benevolent society in America for decades. 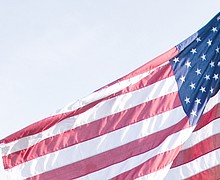 Voters in three states enshrined the right to an abortion in their constitutions Tuesday night while marijuana legalization won in two more states.