Process that boots judges under review 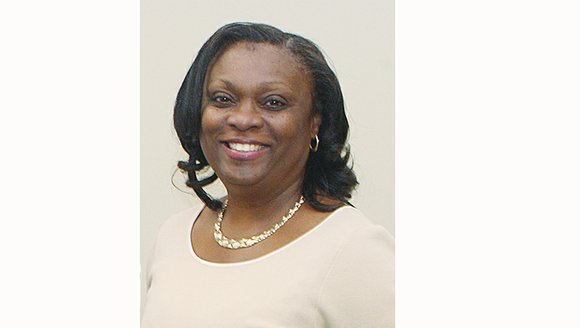 The Virginia Supreme Court is putting its process to evaluate judges under the microscope.

The five whom the legislature did not re-elect to new terms on the bench included three women, two of whom are African-American.

The legislature’s action sent shockwaves through the state’s judicial ranks.

He wants a second look taken at the Judicial Performance Evaluation Program, which relies on surveys of lawyers. He wants to ensure the results are as reliable as advertised.

To that end, Chief Justice Lemons just set up an advisory committee of judges and lawyers to “consider matters related to the operation of the program” that the General Assembly required the court to establish.

State Supreme Court Justice Cleo E. Powell has been named to chair the 14-member advisory committee that is to meet at least twice a year.

She acknowledged “major hiccups” in the initial use of the process when she spoke during a panel discussion last Friday during the Old Dominion Bar Association’s annual conference.

Justice Powell said the review appears to be warranted. However, she offered no promises of change and declined to discuss what issues the committee might deal with.

However, the establishment of the committee could ease some of the tensions and concerns among sitting judges about the impact of the evaluation process that could determine their future.

“I’ve heard from many of my colleagues who are on pins and needles,” Portsmouth Circuit Court Judge Kenneth R. Melvin said in speaking at the ODBA panel discussion.

Still nothing the committee recommends will impact Judge Jamison or the other jurists whom the legislature essentially voted to remove.

Judge Jamison, who has served 24 years, must leave the bench Nov. 30 after failing to win re-election by the legislature to a new six-year term. Jacqueline S. McClenney, a veteran attorney and chairwoman of the Richmond booster group Venture Richmond, was the assembly’s choice to replace Judge Jamison. She will take over the judgeship Dec. 1.

The Supreme Court put the evaluation tool in place last year. The evaluation of each judge is based on the results from a survey of lawyers who regularly appear in the judge’s court. The lawyers answer an anonymous questionnaire that seeks to look at such qualities as fairness, temperament and courtroom management.

Virginia Commonwealth University’s Survey Research Lab conducts the survey for each judge and compiles the results on behalf of the court.

During the recent legislative session, a General Assembly panel led by Henrico Delegate Manoli Loupassi relied heavily on the survey results in deciding on reappointments to the bench.

Of the 32 judges up for reappointment, only about 18 were evaluated under the new process.

During the ODBA panel, Judge Powell began taking notes after members of the audience told her that surveys were sent to lawyers who might not have appeared before a jurist they were asked to rate.

More safeguards are needed to ensure only lawyers who practice before the judges are participating in the ratings, several people said.

Judge Jamison, who was in the audience, also questioned whether the results of the questionnaires deserved to be taken at face value.

She said that the low ratings she received on the survey did not square with her record.

Judge Jamison said she had never been the target of an official complaint during her two decades on the bench, but still received low marks for fairness in her courtroom.

Judge Jamison expressed concern that the survey could become a tool to intimidate judges. She said attorneys could use the survey to retaliate against judges whose rulings they do not like. That would be a threat to judicial independence, she said.