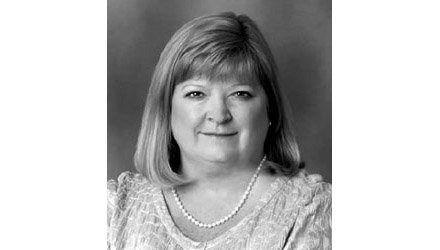 Richmond may get a new children’s hospital, but it won’t be going up on the Boulevard.

The vision of a $400 million inpatient, child-focused treatment center rising on the site where the minor league Richmond Squirrels play baseball has evaporated. That clears the way for the city to begin planning for a splashy retail-office-residential complex on the 62 acres of municipal property that includes the aging Diamond baseball stadium and the Arthur Ashe Athletic Center.

The future of the valuable property became clearer this week when Katherine Busser, outgoing CEO of the Virginia Children’s Hospital Alliance, notified Richmond City Council Monday that her group would not meet a December deadline to begin the process of seeking state approval for development of a proposed freestanding hospital for children.

As a result, she said the alliance and its chief ally, PACKids, a coalition of area pediatricians and specialists, no longer would keep the hold on the property that Mayor Dwight C. Jones and the council had granted in July to give the alliance time to prepare its application. 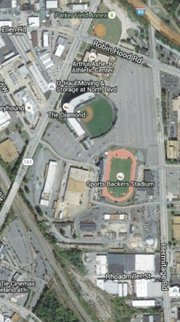 Prospects for the hospital largely disappeared in May when two of the area’s three major hospital groups, Bon Secours and VCU Health, the medical arm of Virginia Commonwealth University, pulled out of talks with the alliance. The other group, HCA, never supported the hospital.

While Ms. Busser said Monday the “alliance is not quitting, but just taking a step back to see what other options might be available,” she and other alliance staff members are being laid off, reducing the alliance to a volunteer operation.

“I’m not surprised” that the prospect of a Boulevard hospital has died, said Councilman Chris A. Hilbert, 3rd District, a staunch supporter of the idea. He said his own checks with people in the field showed “the numbers did not work.”

A firmer prospect for a new children’s hospital lies with VCU, which confirmed that it has begun early work on plans to develop such a facility on its medical campus — its fourth attempt in the past 16 years.

According to VCU officials, a new hospital would address the need for at least 75 pediatric beds and complement VCU’s outpatient children’s center that will open next year across from City Hall.

At this point, the officials said VCU is looking to couple a children’s hospital with plans to modernize clinical space for adult and child cancer and heart patients as it begins the process of updating its master plan for the medical campus. It could take five to eight years to translate such plans into construction reality.

One site being considered for a new facility is a parking deck that sits next door to VCU Medical Center. The site could accommodate a high-rise tower. Another is the two-block area bounded by Marshall, Leigh, 9th and 10th streets that is filled largely by the city’s aging Public Safety Building. The city would have to allow VCU to acquire the building.

Meanwhile, Mayor Jones, with support from five members of the council, is looking to move on the redevelopment of the Boulevard property. The city has spent at least $12 million to relocate repair shops and other facilities from the property and to clean up the land.

Under a resolution to be passed at the December meeting, the council would “support a strategy to achieve the ‘highest and best’ use for the city-owned real estate in the area of the city bounded by Interstate 64 / 95 to the north, Hermitage Road to the east, West Leigh Street to the south, and North Boulevard to the west and a time frame for developing this strategy.”

The plans call for public meetings in January to receive comments from residents on what to do with the property. During the next months, the city would incorporate the comments and unveil a strategy so that by May, it could begin soliciting development proposals. The goal is to select a master developer in June.

One big question is whether the Flying Squirrels would be left homeless. Under an agreement with the city and its suburban neighbors, the team searched in June for another site for baseball, but found none as good as the Boulevard.

The team’s lease on The Diamond is good only for two more seasons as the city has long planned to tear down the baseball stadium as part of the envisioned redevelopment.

Whether a new stadium for the team would be shoehorned into the “highest and best” use plan remains to be seen, but unless the team has huge public support, it could be left out. So far, neither Henrico nor Chesterfield counties has shown much interest in providing a stadium for the team.