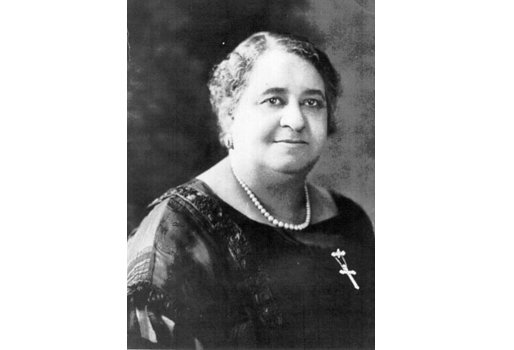 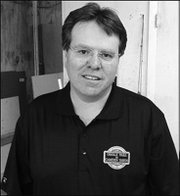 More than 16 years after it was first proposed, a bronze statue is to be created of a Richmond great, Maggie L. Walker, the first African-American woman in the nation to found and operate a bank.

Richmond Mayor Dwight C. Jones, who won City Council approval for the statue’s funding two years ago, announced Tuesday that the bronze figure of Mrs. Walker would be placed at Broad and Adams streets and be undertaken by Maryland sculptor Antonio T. “Toby” Mendez.

His goal, Mr. Mendez told the Free Press on Tuesday, is to create a monument that is “respectful, elegant, easy to see, easy to understand and leaves the viewer wanting to know more about this remarkable woman.”

As the leader of a fraternal group, Mrs. Walker in 1903 launched the community bank that remained an independent operation until it was sold about 11 years ago. During a period of white supremacy and racial segregation, she also founded a newspaper, opened a department store, ran for statewide office and fought for women and civil rights until her death in 1934.

“Mrs. Walker did so many great things,” Mr. Mendez said. “She was a pioneer on several levels — as a business person, a banker, a teacher and an innovator in creating significant jobs for women. She did this with every stumbling block placed in her path. As an artist, this is the story you want to tell.”

He said he envisions incorporating a “simple written narrative” on the pedestal spelling out Mrs. Walker’s achievements, along with a time line or chronology. The third element would be a more traditional 9- to 10-foot bronze figure, he said, which could be seen at a distance, but also would be placed in such a way as to be in reach.

He said he plans to have initial designs ready for public review and comment as soon as January.

If all goes well, Mr. Mendez said the project could be completed within a year, or before Mayor Jones leaves office at the end of 2016.

The city has budgeted $300,000 for the artwork and expects to spend a still-to-be-determined amount transforming the small triangular park where the statue will be placed. It is known as Lonesome Pine Park because of the tree at the center.

The plan is to create a plaza and gathering space at this gateway into Jackson Ward. As part of the makeover, the city plans to close the short stretch of Brook Road between Broad and Adams streets.

The city’s Public Art Commission and a site selection committee chose the artist and the site, rejecting the only other option, Abner Clay Park. The approved site is the same one that City Council originally designated for a Maggie Walker statue in 2000.

Once completed, the statue would become an important element of the Downtown Arts District, while underscoring Mrs. Walker’s role “as a revolutionary leader in business and as a champion in breaking down barriers,” the mayor said.

Mrs. Walker’s home, run by the National Park Service at 2nd and Leigh streets, and former business are located within walking distance of the monument site. So is the new home of the Black History Museum and Cultural Center of Virginia, at Leigh and Judah streets.

“Richmond has been proud of Maggie Walker for generations,” said Sarah Driggs of the Public Arts Commission. “It is about time that we raised a monument to honor and share this strong woman’s messages of economic literacy and the power of community.”