On Mandela’s birthday, a call to reflect, volunteer 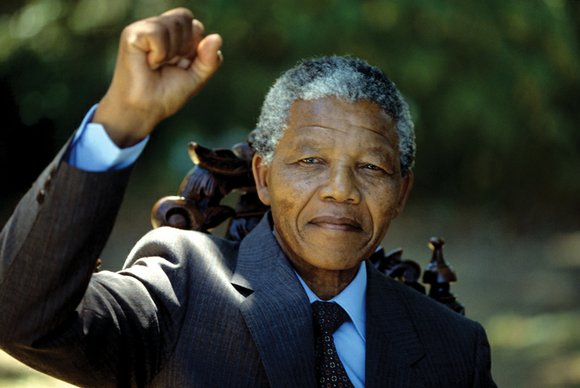 “Nelson Mandela International Day,” formalized by the U.N. General Assembly in November 2009, recalls the late South African president’s contribution to the culture of peace and freedom on his birthday — July 18.

It comes as Americans reflect on a wrenching two weeks of race-related violence and the undeniable evidence of the persistence of intolerance that Mr. Mandela devoted his life to oppose.

The Nelson Mandela Foundation promotes acts of service to humanity on his birthday in his honor.

In December 2015, the U.N. General Assembly extended the scope of Nelson Mandela International Day to raise awareness about persons in detention and to call for humane treatment of the incarcerated.

In South Africa, the 7th Annual Bikers for Mandela Day will take the call for service to remote areas.

“We have crossed over 12,000 kilometers since the inception of this initiative in 2010 and assisted over 20 charitable organizations through Bikers for Mandela Day. We look forward to paying tribute to Madiba’s (Mr. Mandela’s) unwavering legacy once again. We believe that every small action of goodwill leads to a larger movement in the right direction,” said organizer Zelda la Grange, formerly Mr. Mandela’s personal secretary.

In Geneva, the Permanent Mission of South Africa and Serve the City Geneva have mobilized volunteers to help the poor and marginalized in the city.

Mr. Mandela’s widow, Graca Machel, speaking to students earlier this month at the Dr. Mathole Motshekga Primary School in Tembisa, South Africa, said, “Mandela Day gives us a way to energize our collective commitment, and it helps to know you are not doing this alone — there are millions of us. This helps build the movement of doing something good for someone else, selflessly caring for others, and remind ourselves that we belong to a global, human family.”

Also in South Africa, “RACE (against time),” a song against racism written and co-produced by Katlego Maboe, David Harmse and Ntokozo Mkhize, will raise money for Anti-Racism Network South Africa.

Developed by The Nelson Mandela and Ahmed Kathrada foundations, the song takes a thoughtful look at the roots of racism.

Producer Maboe explains the title of the single: “There is a deliberate play on words. The issue of race is a matter of urgency for all of us and we all stand to lose and suffer the consequences if we don’t solve the problem in time.”