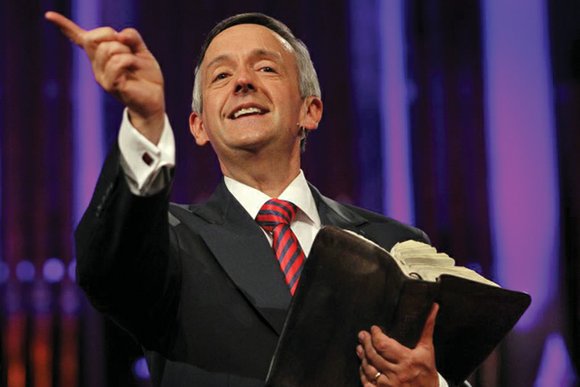 Dr. Jeffress, who was highly visible at last week’s Republican National Convention where Mr. Trump accepted the party’s nomination, explains his activism as part of his God-given responsibility as a pastor and a Christian.

“When you look at American history, whenever there was a need for a great change, it was pastors who led the way,” Dr. Jeffress said in touting his support for the Republican nominee. 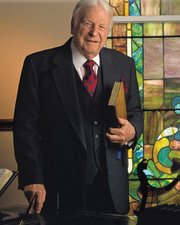 Dr. Jeffress said pastors were the leaders during the American Revolution and the fight for the abolition of slavery.

“And it was pastors who were at the forefront of the Civil Rights Movement. What if pastors back then had said, ‘I’m not getting involved’? We would not have a country today,” he said.

However, Dr. Jeffress failed to mention that his own denomination, the Southern Baptist Convention, was created to support slavery and that his own church opposed the NAACP and integration during the civil rights era.

A review of the record shows that the pastor of First Baptist Dallas during that era, Dr. W.A. Criswell, was a well-known segregationist.

Dr. Criswell led the church from the 1940s to the 1980s. During that time, the church tripled in size to 22,000 white members, including notable members such as Billy Graham.

As pastor, Dr. Criswell first came to national attention in 1956 with his fiery sermon in South Carolina that linked the fight against integration with evangelism.

In his remarks, he attacked preachers who supported integration and particularly railed against both the National Council of Churches and the NAACP, calling them “good-for-nothing fellows who are trying to upset all of the things that we love as good old Southern people and as good old Southern Baptists.”

The sermon was so well received that Dr. Criswell was invited to give it again to the South Carolina legislature, which reprinted the speech and distributed it widely, particularly among White Citizen Councils.

There was a backlash in Dallas, where Dr. Criswell faced tart criticism from other prominent Baptist leaders for his views and received hundreds of critical letters from professors and students at his Southern Baptist alma mater, Baylor University.

Dr. Criswell muted his comments from then and in 1968, when, to win election as SBC president, he publicly stated his support for integration.

He acknowledged in a 1984 interview after he retired that his public position did not alter his private beliefs.

“My soul and attitude may not have changed, but my public statements did,” Dr. Criswell said.

He made that clear in his response to public school integration. He founded a private, whites-only school, First Baptist Academy, in 1972.