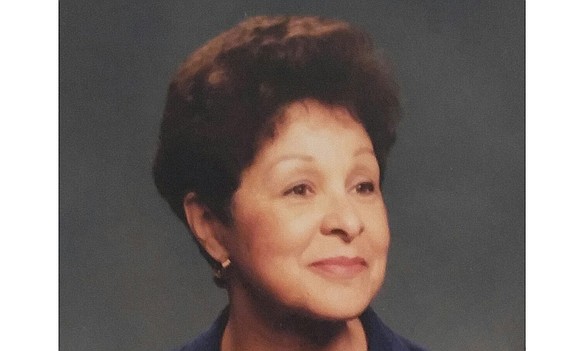 Her attractiveness made her a JET Beauty of the Week. Her intellect enabled her to become a pioneering scientist.

Ms. Carr was one of the first African-American women to join and conduct research in VCU’s Medical College of Virginia. She was associated mostly with the Human Genetics Department, of which she later became supervisor.

“She was passionate about her work,” said her daughter, Inga C. Bell, who became a JET Beauty herself in 1982, 29 years after her mother.

Ms. Bell said her mother’s research focused on creating a diet to help reduce the risk to pregnant women of having their baby develop Down syndrome.

Born in Wake County, N.C., Ms. Carr began her science career after graduating with a biology degree in 1957 from Virginia Union University, where she also was homecoming queen.

Her hiring as a certified cytogenetic laboratory specialist at MCV was a barrier-breaking move at a time when the state was still fighting segregation of public schools and most Virginia universities refused admission to African-American students.

Ms. Carr was a charter member of the Richmond Chapter of the Continental, Societies Inc. and a member of Delta Sigma Theta Sorority. She was politically active with the Richmond Crusade for Voters. She also served with the Hammond Place Civic League, and taught Sunday school and served on the administrative board at Ebenezer Baptist Church.

Her favorite pastime was playing pinochle.

A private burial was held at Rest Haven Cemetery in Wilson, N.C.