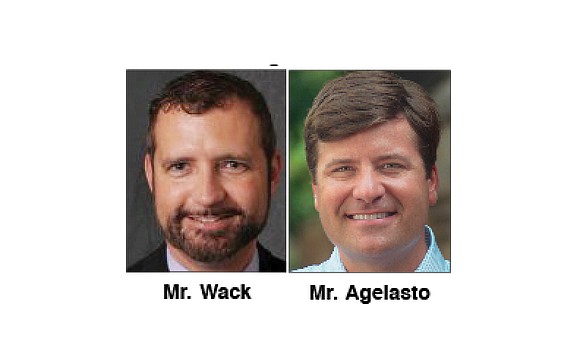 But for the second year in a row, there’s an August surprise.

A new financial report shows the city tentatively finished the 2017 fiscal year on June 30 with a $7.43 million surplus, although it will take an outside audit to confirm the information.

The amount is not huge, representing about 1 penny of each dollar the city budgeted for governmental operations.

However, it is a far larger than the $15,000 surplus that Dr. Jay A Brown, city budget and strategic planning director, estimated in mid-April as City Council struggled to craft the new 2018 budget that went into effect July 1.

The projected surplus was noted in the the city’s fourth quarter financial report that was released last week.

Councilman Parker C. Agelasto, 5th District, is among members of the governing body who question the new information. Like several others, he argues the discrepancy in the financial forecasts erodes trust in the administration and raises questions about whether the council is receiving accurate information.

Indeed, Mr. Agelasto suspected that there might be a surplus and secured council support to steer $2 million to help shore up the city’s under-funded pension fund.

However, he joined a council majority in balking at a separate proposal from 6th District Councilwoman Ellen F. Robertson to appropriate any additional surplus more than $2 million to a new council-controlled fund that could be used to give most city employees a pay raise. Only police and firefighters received a raise in 2017.

At this point, any additional surplus over the $2 million is to fall into the city’s unassigned savings account, which has been the city’s practice in its bid to gain a Triple A bonding rating.

Responding for the administration to a Free Press query, city Finance Director John Wack stated, “It is not uncommon for budget projections to vary by 1 percent overall between quarters,” or three-month periods.

He stated that Richmond’s practice is “to be more conservative (in projecting revenues) in the early quarters until more spending patterns are known as the year progresses, and we consider this a best practice.”

Mr. Wack stated that Dr. Brown’s department seeks to provide council with projections within 3 percent of the budget; the new surplus is within 1 percent.

He also insisted the projections provided four months ago were based on “the best information available at the time,” adding that the fourth quarter projection of a surplus “came as a pleasant surprise.”

The same thing happened for fiscal 2016. The year started with a projected $12.3 million deficit, but by June 30 of that year, the deficit had become a $4.5 million surplus. It grew to a $13 million surplus, or about 2 cents for each dollar budgeted, when that year’s audit was finally released in April 2017.

According to Dr. Brown, the 2017 surplus began to emerge after City Council approved budget changes on May 22 that reduced the 2017 fiscal year budget by $4.4 million and also “re-aligned agencies’ budgets to be more in line with the revenue projections at the time.”

As a result of the council adjustments and other internal actions, the city slashed $14 million in spending by June 30, Dr. Brown stated.

So even though Richmond’s revenues fell by $6.6 million, Dr. Brown stated, the bottom line is a surplus for the city.

He stated that most of the revenue shortfall resulted from a $5.5 million change in the way insurance recoveries are recorded for the Department of Public Utilities, but that accounting change also reduced the projected expenditures for the city’s self-insurance program.

Dr. Brown noted about $4.7 million of the cutbacks came from reduced spending on wages due to people leaving and not being replaced quickly, creating what is known as vacancy savings. Richmond also spent less than expected on health insurance for employees, he stated.

He stated the city also benefited from lower utility and fleet costs and reduced payments on city debt.