Initiative to get schools on Nov. ballot collects 6,619 signatures in one day 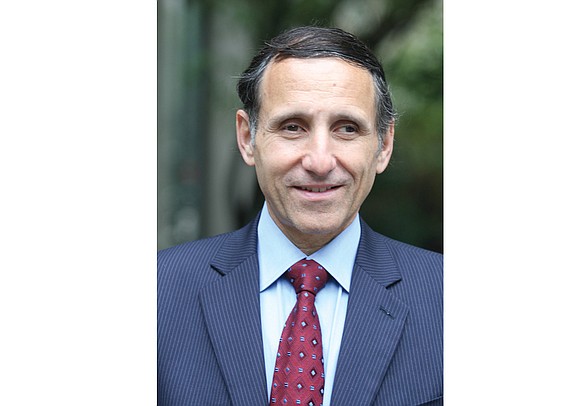 During the June 13 primary election, more than 6,600 Richmond voters signed petitions to put the issue of Richmond’s deteriorating schools on the city ballot in November, the Free Press has learned.

That’s more than half of the 10,400 signatures needed to get the measure on the Nov. 7 ballot.

Political strategist Paul Goldman, who is leading the effort with the Richmond Crusade for Voters, plans to announce the results at a press conference Thursday, June 22, at City Hall. He will be joined by other members of the Richmond School Modernization Referendum Committee, including Crusade President Bernice Travers.

Ahead of the announcement, Mr. Goldman praised the cadre of volunteers organized by the Crusade and other supporters of the initiative, saying they collected 6,619 signatures.

He called that total “an all-time, one-day haul for any such endeavor in Virginia ever. Even candidates for president and governor have never” collected that many signatures in one day, he said. He based that on his experience and campaign reports on petition drives for signatures.

In 2003, Mr. Goldman led the petition drive that allowed city residents to vote on whether to have an elected mayor. He said he never collected that many signatures in one day.

Among the volunteers collecting signatures was Grace Harris, 61, who recruited more than 20 people to work the polls in at least five City Council districts.

“I did it for the children,” the retired office manager said.

She said she plans to continue the work of collecting signatures at public events this summer.

That kind of effort would be needed to reach the goal of 10,400 valid signatures of registered voters, based on the City Charter provision for citizen initiatives. That number represents 10 percent of the total number of city voters in the most recent presidential election.

It’s also more than double the 5,000 signatures that a presidential candidate must collect statewide to get on the Virginia ballot.

To make the November ballot, the signatures would need to be submitted by mid-August to Richmond Circuit Court. The signatures must be verified before the court can issue an order allowing the initiative to be included on the ballot.

If the initiative gets on the ballot and passes, the proposal would go to the General Assembly for final approval. It would go into effect if approved by the House of Delegates and state Senate and signed by the governor.

Mayor Stoney has yet to embrace this effort, saying he already is on the case. He is pushing an educational compact to promote greater collaboration between his office, City Council and the School Board.

He has said the goal of the compact is to create a “concrete plan to fund urgent school facilities needs” and to develop a long-term plan to provide sufficient operating funds for schools and for needed support services, such as after-school programs and family services.

The compact would require quarterly meetings between the mayor and the two elected bodies to discuss education issues and the needs of families and children.

The compact also would provide for appointment of a team of elected representatives and citizens to make policy recommendations. The mayor also is proposing to create a children’s cabinet of city and school officials to work collaboratively on innovative services to uplift families.

“I think people want to see some action on this issue,” said Mr. Goldman, who is skeptical that the compact will yield much change.

In the past 20 years, Richmond has built eight new schools. But Mr. Goldman noted that the majority of students still attend classes in buildings “that are obsolete and in poor condition.”

“Increasingly, I think people want something done about that, and I think the number of signatures that were collected reflects that sentiment,” he said.