Spotlight on board president of the ACLU of Virginia 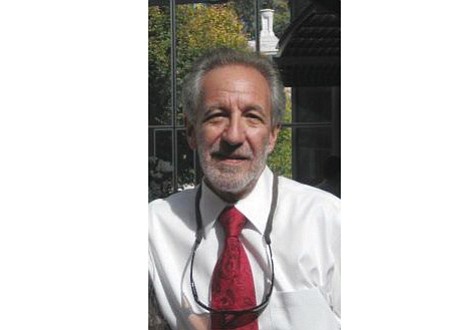 Stephen M. Levinson has worked for civil rights and social justice for almost a half century. And like many in his field, he has endured death threats in writing and in person.

Even after retiring last year from the U.S. Department of Homeland Security’s Office for Civil Rights and Civil Liberties, he remains vigilant about civil rights issues.

He is the volunteer board president of the American Civil Liberties Union of Virginia, the Richmond-based nonprofit that garners headlines for its legal battles to ensure the constitutional rights of a variety of individuals and organizations. “Civil and human rights victories are never fully won,” Mr. Levinson says. “We are fighting many battles today that we ‘won’ years ago, and we simply must remain vigilant and committed.”

In recent months, the organization has gone to court to protect the rights of a transgender high school student in Gloucester County to use the bathroom of his choice, and filed a friend of the court brief in a case in which an Islamic center was denied a permit necessary to build a mosque in Culpeper County.

Most recently, the ACLU of Virginia also went to court to defend the First Amendment rights of a white supremacist group to hold a protest in a downtown park in Charlottesville. The ACLU was successful, and the resulting rally on Aug. 12 turned violent, gaining national headlines with the death of a counterprotester.

As board president, Mr. Levinson leads the ACLU on establishing policies, setting priorities and approving the budget for the organization, which determines how resources are allocated. The ACLU Foundation board also approves any involvement in litigation.

He admits that the journey is not always easy, and the tall order of civil rights work can become quite cumbersome. In the wake of the violence in Charlottesville, Anthony D. Romero, executive director of the national ACLU, told the Wall Street Journal that the ACLU “will no longer defend hate groups seeking to march with firearms.”

Mr. Levinson says the ACLU of Virginia does not have to represent any group — including white supremacists — seeking to demonstrate with firearms.

“As with other representation decisions, we will examine these situations on a case-by-case basis, recognizing that the presence of firearms may suppress speech by others in the public space,” he says. “This always has been a factor in our deliberations.”

Asked if a line needs to be drawn between free speech and hate speech that can result in violence or death, Mr. Levinson says, “The ACLU of Virginia’s position is that all speech, including that which is distasteful or objectionable, must be defended. However, we would not defend speech that includes an ‘imminent threat’ of violence …”

The Virginia ACLU also has taken a position on the issue, noting that all Confederate monuments and memorials in public spaces should be removed.

“Regardless of origin or historical context, today (Confederate statues) are inciteful symbols of hatred and bigotry to which white supremacists are drawn like moths to a flame,” Mr. Levinson says.

“The repulsive vitriol and penchant for violence of such individuals and groups are unwelcome in Virginia, and our communities should be able to decide for themselves that they no longer wish to harbor those symbols and invite future threats to public safety.”

The ACLU of Virginia, he says, supports removing any restraints by the state or local governments preventing localities from deciding what to do with Confederate statues.

Through the years, Mr. Levinson has been a partner and chief legal counsel in a human and civil rights consulting firm, served as general counsel for the National Association of Human Rights Workers and as editor of a civil rights-related publication.

“My passion has never diminished,” he says. “Sometimes you do get tired, but then you realize that there is no choice (but to keep going) and always hope that some younger folks will learn, acquire your passion and commitment and keep the fight going.”

Mr. Levinson says the knowledge that there are more good people in the world than zealots also encourages him. “While you try to always be vigilant, you simply cannot let these (extreme) individuals deter or stop you.”

Date and place of birth: Oct. 24 in Hartford, Conn.

ACLU of Virginia’s mission: The ACLU of Virginia is a private, nonprofit organization that promotes civil liberties and civil rights for everyone in the Commonwealth through public education, litigation and advocacy, with the goal of securing freedom and equality for all.

Year I got involved with ACLU of Virginia: Approximately 1990.

Why I am excited about this organization: I have been professionally and personally involved in the civil rights/civil liberties arena for almost 50 years, and I cannot think of a better organization to protect and advance the constitutional principles of equality and equal protection.

My top objective: To ensure the protection of civil liberties and civil rights for everyone in the Commonwealth.

How I plan to deal with them: It is time that the Commonwealth proactively addresses the Jim Crow-era law that disenfranchises one out of every five African-Americans from voting and fully participating in our democracy. We need a constitutional amendment that positively affirms the rights of everyone over 18 and who is a U.S. citizen to vote, period. Regarding criminal justice reform, the ACLU of Virginia is advocating for better policies and practices in local law enforcement, including those for body-cam usage, as well as use of force policies that start by acknowledging the sanctity of human life and require de-escalation tactics from there. Also, we support less prosecution of low-level crimes, as well as decriminalization of marijuana, which disproportionately affects African-Americans more than white people by a three-to-one ratio statewide, even though usage rates are the same for both.

Greatest satisfaction: Survival, and being able to look in the mirror every day with comfort.

How I start the day: Always positive.

A perfect day for me is: Helping someone and hurting no one.

If I had more time, I would: Sail more.

A quote that I am inspired by: “Our lives begin to end the day we become silent about the things that matter.” — Dr. Martin Luther King Jr.

Person who influenced me the most: My father.

If I I’ve learned anything in life, it is: Be flexible.

The book I’m reading now: “Life and Death in Shanghai” by Nien Cheng.