Voting systems in Va., 20 other states targeted by hackers in 2016 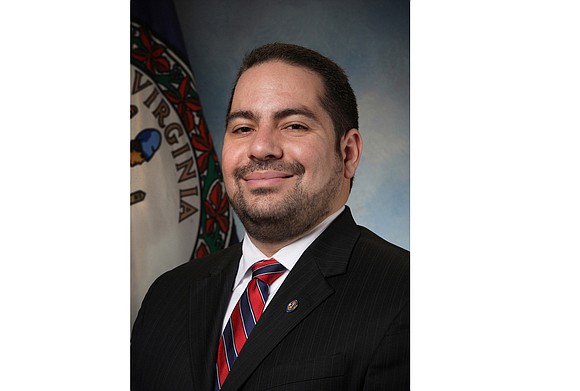 State and city officials sought to allay public fears this week after the U.S. Department of Homeland Security announced that hackers targeted the voting systems in Virginia and 20 other states before the 2016 presidential election.

For many states, the notification by federal authorities last Friday was the first official confirmation that they were on the list. The notice came roughly a year after officials initially said states were targeted by hacking efforts possibly connected to Russia.

Virginia officials told the Free Press on Tuesday that while hackers may have tried to break into the state’s system, they were not able to change a person’s vote or alter election results.

“The hackers unsuccessfully scanned in the state voting system trying to find potential holes and openings,” said Edgardo Cortés, commissioner of the Virginia Department of Elections. “After the scanning, there was no further activity or an attempt to get into anything.”

He said throughout the year, the state elections agency “does routine scans of the systems — the same things the bad guys do — to be able to find out if there are any potential holes so that they can be fixed.”

Virginia, he noted, was the first state to work with a National Guard cybersecurity group to do an assessment of the state’s voter system to determine where improvements can be made.

U.S. Sen. Mark Warner of Virginia, vice chairman of the Senate Select Committee on Intelligence that is investigating Russian hacking in the 2016 election, said, “It’s unacceptable that it took almost a year after the election to notify states that their election systems were targeted.”

In a statement issued last Friday, he said he was “relieved” that the Homeland Security department finally acted upon requests and notified top election officials in the 21 affected states.

“We have to do better in the future,” Sen. Warner stated. “Our elections are the bedrock of our democracy … While I understand that DHS detects thousands of attempted cyber attacks daily, I expect the top election officials of each state to be made aware of all such attempted intrusions — successful or not — so that they can strengthen their defenses, just as any homeowner would expect the alarm company to inform them of all break-in attempts even if the burglar doesn’t actually get inside the house.”

“There are so many safeguards built into the city and state system that the potential for mischief to affect the outcome of the election is not great,” Ms. Showalter said.

“Hacker can’t access the City of Richmond’s machines through the internet because there is no wireless connection on the voting machines,” she said. “You need to physically lay your hands on it to hack it.