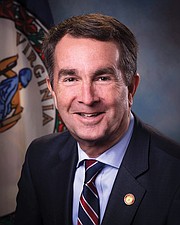 Just days after a major march in Richmond calling for more state dollars for public education, Gov. Ralph S. Northam announced Tuesday that his next proposed budget will include $268.7 million in additional school funding, including increased spending for new school construction, at-risk students and money to boost teachers’ pay.

Gov. Northam said higher than expected state revenues mean Virginia can afford to raise teacher salaries by 5 percent next year, up from an already approved 3 percent pay raise that is scheduled to take effect July 1.

The boost from 3 percent to 5 percent would cost the state $88 million.

The governor said Virginia is lagging behind the national average for teacher pay by about $9,000 a year and is paying for it with high teacher turnover.

“Virginia has slipped in its ability to compete for teaching talent,” said Gov. Northam, a Democrat. He said the proposed pay increase would be the single largest pay boost for teachers in 15 years.

Virginia splits education spending with local governments, whose share of total costs has increased since the Great Recession in 2008. The state’s per student funding has dropped by 9 percent between fiscal 2009 and 2019 when adjusted for inflation, according to the Commonwealth Institute for Fiscal Analysis.

Gov. Northam also is proposing increased spending for at-risk students by $35 million a year. The supplements to school systems would be based on the number of students receiving free or reduced lunch and can be used to add guidance counselors, fund dropout prevention, reading or English language programs or to add truancy officers.

His budget also will include $80 million for the state fund that provides low-interest loans for new school construction. The governor said the $80 million would cover all active requests on the state Literary Fund loan’s priority waiting list, but that the list hasn’t been updated since 2013 and some of the projects have been completed. It represents only a portion of school construction needs across the state.

Gov. Northam said he also wants to increase the state’s rainy day fund by several hundred million dollars by the end of his term in 2022.

The governor plans to pay for his proposal through increased revenues from a variety of sources, including higher-than-anticipated lottery proceeds and a U.S. Supreme Court ruling that broadened the state’s ability to tax online purchases. The Northam administration also is counting on a significant windfall from last year’s federal tax overhaul, which could lead to Virginians taking fewer deductions on their state income taxes.

Education officials, including the Virginia Education Association, hailed the governor’s proposal as a good starting point to address what they say are urgent problems in education funding.

GOP Delegate Chris Jones of Suffolk, chairman of the House Appropriations Committee, said education funding has been a priority for House Republicans and they are “glad to see the governor building” on previously enacted pay raises.

“However, we have to remember this is just one piece of the broader package that we will consider as we put together our proposals,” Delegate Jones said.