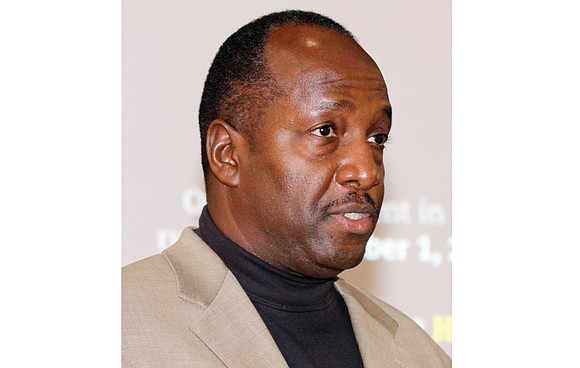 Jesse Frierson is ensuring that the Virginia State Conference of the NAACP will have a strong, vocal presence at the General Assembly.

Jesse Frierson is ensuring that the Virginia State Conference of the NAACP will have a strong, vocal presence at the General Assembly.

As the new 60-day session was gaveled to order Wednesday, the Richmond businessman prepared to lead a team of 12 volunteers to attend subcommittees, meet with legislators, push the state civil rights group’s priorities, advocate on the budget and try to kill or at least gain positive amendments to bills the group opposes.

“Our goal is to be more effective,” said Mr. Frierson, 60, chair of the state conference’s political action committee.

The team he has assembled will be among the largest to take part in lobbying.

Outside of major corporations, most organizations, as well as local governments, usually can afford to have just one or two people carrying their message.

Mr. Frierson said a big team is needed to advocate for the legislation the NAACP wants passed.

The list of issues on the NAACP’s front burner — most of which have died in hostile committees in past sessions — include increasing the dollar amount that turns larceny into a felony that carries prison time from $200 to $1,500 and raising the state minimum wage for $7.25 to $15 an hour.

The NAACP also wants the legislature to end long-term school suspensions that lead children away from education and toward prison; expand Medicaid to uninsured adults who cannot afford health coverage; impose standards on police use of body cameras; and eliminate barriers to absentee voting and enable people to register and cast ballots on Election Day.

Mr. Frierson acknowledges that getting such bills passed remains a challenge, though the reduction in Republican power, where most of the opposition has come from, could aid the NAACP and other groups in securing greater support.

Still, he said that having multiple people pushing these issues every day is the only way to have a chance to secure majority backing. He said the NAACP also needs a strong team to monitor bills in order to try to beat back legislation hostile to the NAACP and its members.

For the conference’s current president, the Rev. Kevin L. Chandler, this is just the kind of approach he wants to see in seeking to raise the group’s profile.

He praised Mr. Frierson for taking command of the effort to “ensure our interests are known and supported.”

For years, the state organization relied on one or two people, primarily the executive director, to handle lobbying, but Mr. Frierson said one person cannot do it all.

“There’s just too many places to be at the same time,” he said. “We needed more people to be there every day and that’s what we are doing. It also is helping us create relationships and ties with other groups with similar views on legislation.”

Among the first changes, he moved the state NAACP’s lobbying day to the Tuesday following the holiday for Dr. Martin Luther King Jr.