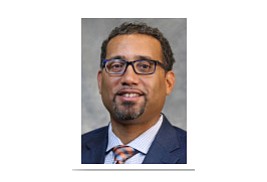 The University of Virginia has enjoyed having the nation’s best basketball team throughout this regular season.

Now the Cavaliers hope to maintain No. 1 status throughout “March Madness.”

Seeded first in the NCAA’s South region, the Cavaliers (31-2) will open NCAA Tournament play on Friday, March 16, in Charlotte, N.C., against No. 16 seed University of Maryland-Baltimore County. Tipoff is 9:20 p.m.

The second round, also in Charlotte, will be Sunday, March 18. If U.Va. beats UMBC as expected, the Cavaliers will play the winner of the Creighton University-Kansas State University game.

The NCAA Sweet 16 will be March 22 through 25 in Atlanta, with the Final Four set for March 31 through April 2 at the Alamodome in San Antonio, Texas.

The U.Va. team has no players from the Richmond area. However, the Cavaliers’ assistant coach, Jason Williford, who is now in his ninth season, is a former standout athlete at Richmond’s John Marshall High School.