No more money for school maintenance 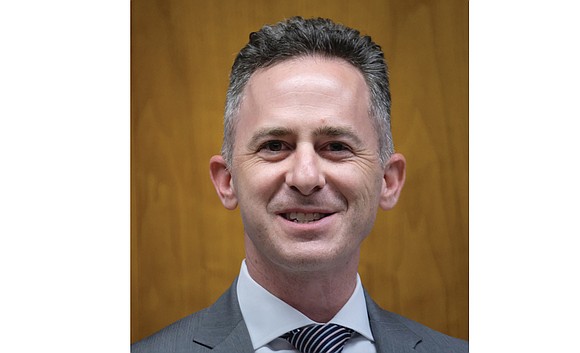 That’s far short of the $13.2 million in unspent maintenance dollars that Mayor Levar M. Stoney reported that RPS had available when he presented his proposed 2018-19 and 2019-20 spending plans to Richmond City Council in March.

The huge difference is exposing a longstanding disconnect between City Hall and the school system in information sharing on RPS’ spending for capital items such as roofs and heating systems that the mayor’s Educational Compact has failed to cure.

Both sides are pointing fingers, but the bottom line is that Mr. Kamras sees difficulty ahead in maintaining the more than 30 obsolete school buildings that the majority of RPS students attend.

Already he has more than 3,200 maintenance requests that he said he cannot afford to address. And that list is expected to grow because RPS will have very little new money after July 1, when the new budget year begins. The problem sets up a potential nightmare scenario of having multiple aging boilers or obsolete air conditioning systems fail at the same time possibly requiring an emergency bailout from the city.

What is known is that the mayor relied on the $13.2 million figure in drafting his proposal to provide RPS with $1.6 million in new maintenance dollars in the next budget year that begins July 1.

And City Council also relied on that $13.2 million figure to support the mayor and rebuff the School Board’s request for $31 million in additional funding for maintenance in the next budget. Not a single dollar has been added.

Mr. Kamras made a last-ditch effort April 27 to provide the latest figures to the mayor’s staff and the council to show that school maintenance funds were almost exhausted and that the city is relying on faulty numbers.

According to city Budget Director Jay Brown, the report from Mr. Kamras was the first response from RPS to council and city requests since mid-March for updated information.

Mr. Kamras issued the report in hopes of getting the council to provide additional maintenance funds, but the council did not make any changes in funding for schools as it wrapped up its budget review Monday. The budget approval process is to be completed Monday, May 14.

About the only major change made by City Council to the capital spending plan was to shift $2.1 million from spending on public art to what were described as desperately needed street paving and repairs and replacement and repair of decaying and dangerous sidewalks.

City Council came up with about $3 million in extra revenue, including $1.2 million to be generated by raising the city vehicle registration fee by $7 for each car or truck, and an additional $2 million in the tax on real estate that is projected to be generated by faster than anticipated increases in property values.

However, the $3 million went to meet other needs, including providing a 1 percent mid-year wage increase for city employees and enabling restaurants and others who remit meals taxes to take a fee to cover part of their costs of collecting the tax. The city meals tax will be going up by 1.5 percent July 1 to pay for construction of four new schools.

In a report to the School Board on Monday after his effort to lobby the City Council failed, Mr. Kamras stated that RPS is being shortchanged on maintenance because of the city’s failure to update its information in a timely fashion.

He pointed to a chart from the mayor’s budget detailing the $13.2 million in maintenance money RPS supposedly has. That chart contained a city note stating that “RPS reconciles with our (the city’s) financial records once a year in June. Therefore, if they have any encumbrances or expenditures against this account … we are not aware.”

In the city’s response to a Free Press query, Mr. Brown stated Wednesday, “We stand behind the information that was presented to City Council on March 6 and that is provided in the budget document.”

To help ensure both sides have the same numbers, Mr. Brown said he and his staff are working with RPS to improve its reporting of maintenance expenditures to the city.

He also noted that on March 13 and April 5, City Council and the administration sent requests to RPS for updated figures on maintenance spending, but the only response was Mr. Kamras’ report on April 27.

“At no time between March 6 and April 26 were we notified by RPS that the figures provided were inconsistent with their records,” Mr. Brown stated.

According to Mr. Kamras’ figures, RPS has spent $3 million to $9 million a year on school maintenance since July 1, 2016.

During the current year, he reported that the school system already has spent nearly $3.3 million on projects, with another $5.8 million in maintenance dollars being used to pay off the leases on school buses and an outstanding maintenance debt.

RPS still has several other pots of money, but none of it can be used for school maintenance.

For example, the largest pot contains about $14 million that the council provided two years ago to pay for the design and planning of new schools. The city reported that only $9.5 million remained in that fund, another discrepancy.

Mr. Kamras also noted that RPS has about $3.3 million that, under a federal court order, is restricted to paying for ramps, elevators and other items that ensure that school buildings meet the requirements of the Americans with Disabilities Act.

Finally, RPS has $1.2 million in grant funds, generated by the wave of school shootings elsewhere, that the school system can only use for cameras, door locks and other school safety needs.