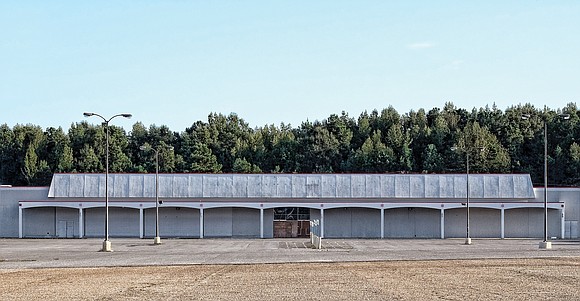 Off-track betting on horse races soon could return to Richmond, creating another visitor attraction, dozens of new jobs and a stream of new revenue for the city.

Richmond City Council on Monday gave a unanimous thumbs up to a Chicago company’s plan to spend $41 million to replace a closed Kmart store in South Side with a modern gambling center called Rosie’s that would employ about 200 people at an average of $16 an hour.

The Virginia Racing Commission still must approve Revolutionary Racing’s proposal that is part of its plan to reopen the Colonial Downs racetrack in New Kent County next year and open up to 10 off-site locations across the state. The company already owns the racetrack.

Along with betting on current races, the major attraction for the off-site betting parlor would be up to 700 machines that would look and feel like slot machines and allow wagering on historic races using the pari-mutuel betting approach of live racing.

Officials estimated that thousands of people would flow into the center weekly to wager.

Company Chairman Larry Lucas told City Council that Revolutionary Racing is spending $6 million to purchase the 13.8-acre site at 6807 Midlothian Turnpike where Kmart operated before closing in 2011. The site is next to Chippenham Parkway on the city’s border with Chesterfield County.

The new betting parlor would replace the defunct Colonial Downs off-track betting parlor that once stood in the 4700 block of West Broad Street. A Lidl grocery store now occupies that site.

While the full-time minister has been bemoaning the strip clubs that have set up in his district, he has fully embraced the effort to open a gambling center.

It would be the largest commercial investment in that section of the city in years, and Mr. Jones called it a potential boon that could “improve home values and the entire community” if the betting parlor stimulated additional retail and office investment.

He also cited Revolutionary Racing’s commitment to providing $100,000 a year for five years to nearby Miles Jones Elementary School for programs and projects.

City leaders already are thinking up ways to spend the projected $1.7 million to $2 million a year in new revenue the betting parlor would generate from real estate, meals and other traditional taxes, as well as a small share, 0.025 percent, of the “handle” or the total amount that bettors would wager.

The resolution to embrace the project led the action at the council meeting, where City Council also approved a master plan for public art development.

However, council postponed consideration of other significant legislation. Mr. Jones put off a vote at least until Monday, Oct. 8, on his resolution urging council to seek legislative approval for the city to gain control of Confederate statues on Monument Avenue.

The council also continued Mayor Stoney’s proposal to demolish the former Intermediate Terminal building along the James River in the East End to make way for Stone Brewing Co.’s proposed bistro and restaurant.