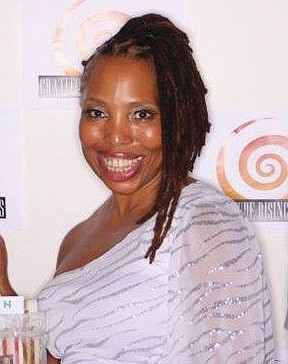 The city’s diversity and elegance will shine again with the third annual Le Diner en Blanc-Richmond, a chic, pop- up dinner where diners wear all white, bring their own white tables, chairs, tablecloths and dishes — no plastic or paper allowed — and nosh on picnic fare they bring or pre-purchase and then pack up and go home, taking everything, including all leftovers and trash, with them.

More than 1,000 people attended last year, with participants learning the dinner’s secret location only a short time before its start.

Ms. Obika, a 1981 graduate of Hampton University and professional event planner, learned about Le Diner en Blanc from an industry publication about 10 years ago.

“I was smitten,” she says. She reached out to the Diner en Blanc organization, which started the affairs in Paris in 1988, and was told to put together a three-person host team and submit a proposal for consideration.

“The three of us came together in 2016,” Ms. Obika said of the team with Ms. Wansleben and Ms. Moon. “They saw the vision. Our personalities clicked and we gelled.”

The rest, as they say, is history.

During the inaugural Le Diner en Blanc-Richmond in 2017, diners converged on the grounds of the Science Museum of Virginia, former home of Union Station complete with train tracks, for the elegant affair. Last year, participants flooded the front lawn of the Virginia Museum of History and Culture on Arthur Ashe Boulevard. The sea of participants clad in white brought arrangements of summer flowers to grace their tables, which were set in white, with dishes and glasses of wine and champagne. There was food, music and fun.

The affair requires diners to embrace the event’s tradition and strict rules “to make the magic happen,” Ms. Obika says.

The evening, she says, starts with the waving of a cloth napkin signaling the start of dinner and, later, the lighting of sparklers to indicate it’s time to mix and mingle, dance and celebrate.

The uncommon evening ends with the blast of a trumpet.

Le Diner en Blanc events now take place in more than 70 cities around the world, Ms. Obika says. Some fans even travel to different cities to take part in events.

“You cannot forget the food,” she says.

“People like to dress up, celebrate and connect in unique ways,” says Ms. Obika, who worked at a local costume shop for several years. “If you can get people of different backgrounds together to eat and party together, then maybe we can start to eliminate the fences that separate us,” she says.

While this year’s event on Saturday, Aug. 17, is sold out, people can start watching the group’s social media, which will put out a call for volunteers and for people to sign up for next year, Ms. Obika says.