Get serious about white extremists and domestic terrorism

Just over a decade ago, the U.S. Department of Homeland Security and the FBI produced a report titled “Rightwing Extremism: Current Economic and Political Climate Fueling Resurgence in Radicalization and Recruitment.” The report warned of the rise of radicalized right wing groups and individuals and the threat of political violence. 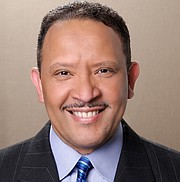 In the years since, right wing extremists have been responsible for the vast majority of extremist-related murders in the United States, including every single extremist killing in the nation in 2018, “from Pittsburgh to Parkland,” according to the Anti-Defamation League.

The recent massacre of 22 people in El Paso, Texas, by a white supremacist was the most deadly right wing terrorist attack since 1995 when Timothy McVeigh killed 168 people in the Federal Building bombing in Oklahoma City. The Texas suspect told police he was targeting Mexicans, and drove 11 hours from his largely white hometown near Dallas to majority Latino El Paso. He has not been charged with a hate crime.

U.S. Sen. Martha McSally of Arizona has proposed such a law, saying, “For too long we have allowed those who commit heinous acts of domestic terrorism to be charged with related crimes that don’t portray the full scope of their hateful actions.”

The Patriot Act, passed in the immediate aftermath of the Sept. 11, 2001, terrorist attacks, gives the federal government multiple resources to combat international terrorism but little authority to investigate domestic terrorism.

But the United States could designate foreign white supremacist groups as terrorist organizations. “If the State Department put any of these groups on the list, the FBI could deploy undercover agents to chat with their members online, and would-be domestic terrorists in the United States would have to think twice about engaging with them,” Ms. McCord wrote.

In addition to a federal domestic terrorism statute and the designation of foreign white supremacist groups as terrorist organizations, former Department of Homeland Security analyst Daryl Johnson, who authored the 2009 report, offered several recommendations in a recent interview:

• Collect statistics on domestic terrorism, and allow those statistics to drive resources for programs to combat it.

• Educate the public on their role, how to report suspicious activity, reaching out to communities and organizations that can help identify people being radicalized, working with private industry to get them to do better and more internet and social media monitoring.

If the United States does not take steps to combat white supremacism and right wing extremism, attacks like the one in El Paso will become more commonplace. As the nation’s racial demographics continue to change, so will the racist backlash. It’s time to take domestic terrorism as seriously as we have taken foreign terrorism.

The writer is president and chief executive officer of the National Urban League.