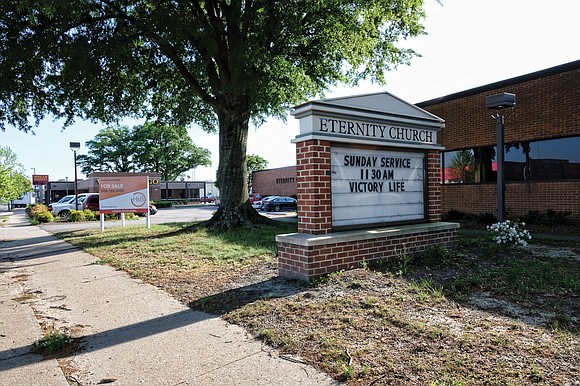 Several businesses near the site at 1900 Chamberlayne Ave. where the Salvation Army wants to move its headquarters are opposed to the organization’s plans to move to North Side. However, the Wells Fargo bank branch nearby issued a letter of support. Photo by Sandra Sellars

A holiday truce has been declared in the seven-month battle over the Salvation Army’s proposal to move its Central Virginia headquarters and shelter from Downtown to North Side.

The City Planning Commission on Monday put off the first consideration of the proposal until at least its first meeting of the new year, scheduled for 1:30 p.m. Monday, Jan. 6.

The commission postponed action at the request of City Council Vice President Chris A. Hilbert, an opponent of the Salvation Army’s proposed move into the 3rd District that he represents.

The Chamberlayne Avenue building is owned by Eternity Church, which has already relocated further north to the former home of Ginter Park Baptist Church.

The 2.31-acre space the Salvation Army has targeted would provide more room for offices, programs, social service operations and the emergency housing program that would expand from the current 55 beds to 97 beds—72 formen and 25 for women — according to the Salvation Army’s application before the Planning Commission.

The planned location, to be known as the “Center of Hope,” also is proposed to include 30 beds to serve as a city cold-weather overflow shelter, a reduction from the 100 beds the Salvation Army initially sought.

While City Hall’s planning staff has recommended approval, the Salvation Army’s request has run into opposition from nearby businesses as well as Mr. Hilbert.

Mr. Hilbert told the Free Press on Monday he would vote against issuing a special use permit allowing the Salva- tion Army to take over the site when the matter comes up for a council vote, which he expects to happen at the council meeting set for Monday, Jan. 13.

The council would make the final decision after hearing from the Planning Commission.

The Salvation Army has garnered support. For example, Wells Fargo Bank, which operates a branch next door to the former church building, has submitted a letter stating that it does not oppose the Salvation Army’s plans for the building’s use.

Also, several businesses located near the current Salvation Army center in Downtown, including the Elegba Folklore Society and the Downtown YMCA, also issued letters of support, noting that the existing operation has not created problems.

However, other businesses located near the Chamberlayne Avenue site are strongly opposed, as letters submitted to the Planning Commission show.

One is from the Chamberlayne Industrial Center Association that represents area businesses. That letter describes the Salvation Army’s proposal as a violation of the city’s master plan and potentially damaging to its members.

“The city needs to listen to the businesses that are paying taxes before (approving) the special permit for the Salvation Army, which isn’t paying taxes. We have our share of the homeless and such on Chamberlayne Ave. We don’t need any more!” wrote Lia F. Lawrence, owner of Able Glass Services, based two blocks away at 2007 Chamberlayne Ave.

That also is the view of Parker Dillard, co-president of Arc3 Gases, a specialty gas producer that has operated from 1700 Chamberlayne Ave. for nearly 40 years.

“We think that (Salvation Army’s plan) can only have a negative impact on the Chamberlayne industrial community, which we have seen grow and prosper since our moving from Cary Street in June 1980,” Mr. Dillard wrote.