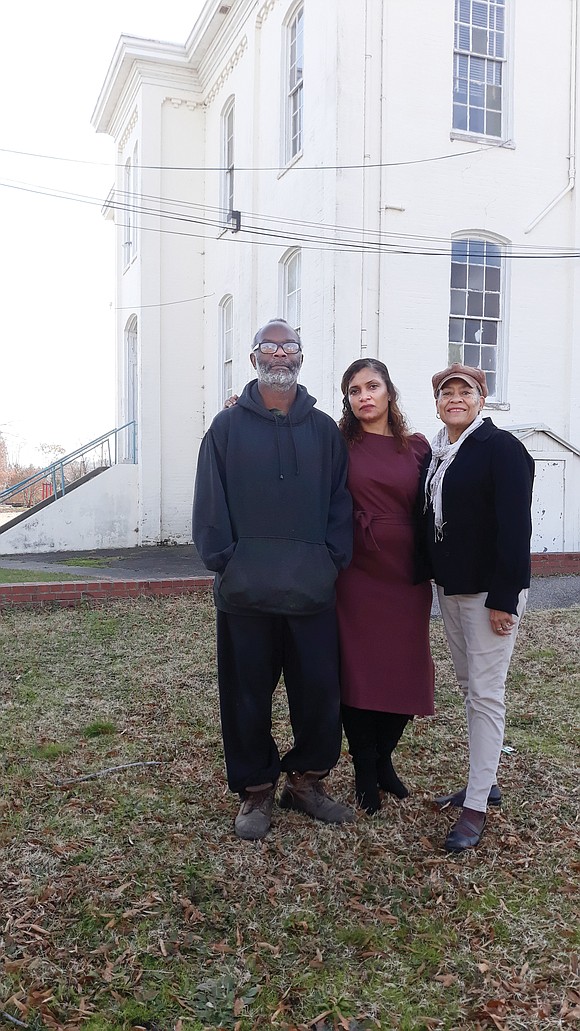 Jerome Legions is preparing to go on the warpath over the condition of historic Moore Street School.

Mr. Legions, who is president of the Carver Area Civic Improvement League, is furious that Richmond Public Schools is allowing the 132-year-old building in the 1100 block of West Moore Street to deteriorate. He is upset that the school system failed to cover a leak in the roof that has allowed snow and rain to damage the plaster walls and wooden floors.

“This is an amazing building, but it has a leaking roof, peeling paint and broken windows,” he said.

“We want something done about this building, and we want it done now,” he said Saturday during a visit to the two-story, whitewashed brick structure that largely goes unnoticed behind Carver Elementary School.

Mr. Legions is aware that one or more public and private organizations have expressed interest in taking over and renovating the building that has been vacant for at least 20 years. He and others are concerned about inaction by RPS officials.

Richmond School Board member J. Scott Barlow, 2nd District, did not respond to a request for comment.

RPS Chief of Staff Michelle Hudacsko stated that Moore Street is one of RPS’ vacant buildings that a School Board committee will review.

School Board member Jonathan Young, 4th District, said the board’s vacant property review committee that he chairs is still being organized. But he noted that because of the interest that has been expressed, Moore Street School would be a top priority after the board approves the final appointments at the first meeting in January.

He confirmed that several proposals are on the table. He said he expects the committee would interview the interested parties and make a recommendation to the School Board and administration within 90 days.

Separately, Mr. Young, apprised of the roof leak, said he also made a request Wednesday for RPS to cover any holes in the roof to prevent the building’s further deterioration.

Moore Street School was built in 1886-1887, according to an RPS history, and apparently was one of the first new buildings at the time designed to serve African-American children in the city’s segregated education system. Records indicate that then City Engineer Wilfred E. Cutshaw insisted the two-story, 16-classrom school be built to the same standards as the other schools the city built that year primarily for white children.

Today, the empty building stands facing a loudly humming Dominion Energy electrical substation at the edge of the Moore Street neighborhood. It is situated in the rear of the more modern Carver Elementary School, which was built in 1951 facing Leigh Street.

Carver Elementary is attached to an addition to Moore Street School that was opened in 1917 and is still in use. The addition sits between the Carver building and the original Moore Street building.

Among those who want the building preserved and repurposed is City Councilwoman Kim B. Gray, 2nd District, who shares Mr. Legions’ concerns and those of his civic association predecessor, Charleen Baylor, owner of the nearby Nutty Buttery restaurant.