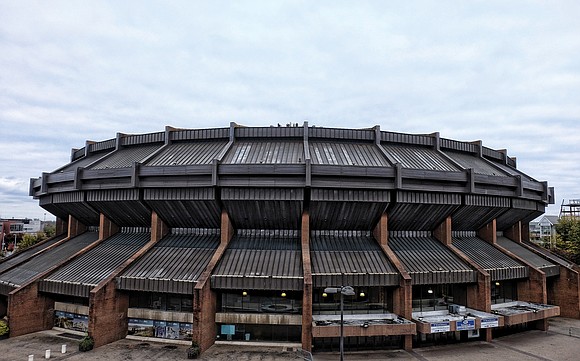 Richmond City Council President Cynthia I. Newbille, rushing to get the governing body to vote on the $1.5 billion Coliseum replacement plan in late February, authorized a $25,000 increase in the contract for a private consultant to conduct a review of the proposal for City Council without first gaining a council vote, the Free Press has learned.

Information on the higher cost was obtained as other details about the Coliseum development proposal surfaced, including the results of the first professional poll on the project that shows two-thirds of 5th District residents polled are opposed to the project.

A separate report also indicates it could take up to 20 years for the city’s general fund to see substantial financial returns from the development.

Dr. Newbille could not immediately be reached for comment on her authorization of the award of a more expensive contract to C.H. Johnson Consulting Inc. of Chicago. The consulting firm inked a $215,000 contract with the city on Monday in exchange for agreeing to an earlier completion of its report.

A draft timeline that Dr. Newbille distributed to City Council last week calls for Johnson Consulting to sub- mit its preliminary report on Friday, Jan. 31, to present the findings to the council on Monday, Feb. 3, and to submit its final report by Monday, Feb. 10. That’s two weeks before City Council is to vote on the proposal on Monday, Feb. 24.

Originally, City Council set aside $190,000 in the budget to pay for a consultant, which, according to the city’s advertisement, would have 90 days to review the massive plan backed by Mayor Levar M. Stoney. The Navy Hill District Corp., led by Dominion Energy’s top official, Thomas F. Farrell II, proposed the Coliseum plan and the Navy Hill group would carry it out.

The council held its last meeting on Dec. 9 and did not take up the question of increasing the consulting contract amount, even during a pre-meeting informal session. The council is not scheduled to hold another work session prior to a meeting of the Organizational Development

Committee set for Monday, Jan. 6. Meanwhile, the Free Press obtained a copy of a poll that the respected American Research Group of Manchester, N.H., conducted Dec. 13 to 16 among a random sample of 400 residents of the 5th District represented by new City Councilwoman Stephanie Lynch.

The results released Tuesday show that 63 percent of respondents oppose the proposed Coliseum and Downtown development project, while 34 percent support it and 3 percent are undecided. ARG said the results have a margin of error of 5 percentage points.

The Free Press was provided a copy of the poll on the condition that the client hiring ARG not be identified.

The Free Press also was told the firm will be conducting polls in other council districts in the coming weeks.

In the poll, ARG also found that 86 percent of those sampled favor allowing Richmond residents to vote on the development proposal rather than leaving the decision to City Council.

Separately, the council’s Navy Hill Development Advisory Commission received at its Dec. 14 meeting an updated estimate of the cost and benefits to taxpayers prepared by the commission’s vice chairman, John Gerner, an entertainment business consultant.

According to Mr. Gerner’s figures, which are based on information provided from the Navy Hill District Corp. and its consultants, taxpayers would invest at least $272.3 million over 28 years to pay for a new arena.

Mr. Gerner’s figures also indicate that the city’s general fund would not begin to see a substantial return on the investment for 18 to 20 years. The $272.3 million would come from the future increases in real estate taxes that are projected from an 80-block area of Downtown to repay the cost of the new Coliseum, includ- ing interest. The 80-block area includes the 10-block, city-owned project area in Downtown around the new Coliseum development of hotel, apartments, offices and businesses.

According to Mr. Gerner’s figures, if all went well and the proposed development had the impact Mayor Stoney and Navy Hill District Corp. envision, the city’s general fund would finally see significant return in year 20 after the bonds are paid off.

According to his numbers, the city could generate between $51 million and $62 million a year for the general fund beginning in 2039, if the projected development scenario worked out.

The commission held its final hearings this week and is expected to issue its report to the council next Monday, Dec. 23.