Confederate statues in Memphis given to Confederate group, descendants 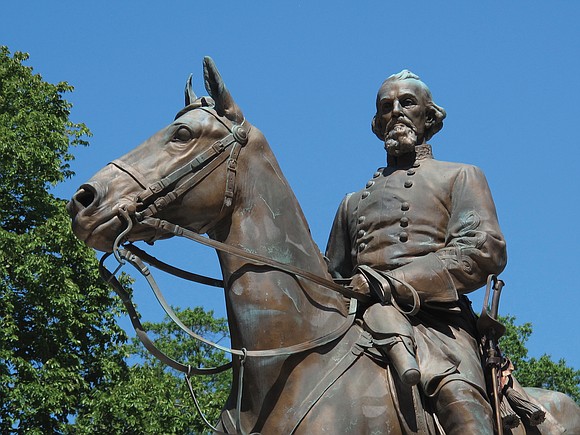 A Tennessee nonprofit group has handed over statues of Confederate leaders Nathan Bedford Forrest and Jefferson Davis to the Sons of Confederate Veterans, two years after they were removed from public parks in Memphis.

The statues of the Confederates have been given to descendants of Gen. Forrest and the Sons of Confederate Veterans “to display them as they wish,” Bruce McMullen, legal officer for the City of Memphis, said Dec. 17.

Mr. Davis, a U.S. senator from Mississippi, lived in Richmond during his time as president of the Confederate states.

Gen. Forrest was a slave trader in Memphis before leading a cavalry in the Confederate army. He is reviled in part because of his role in the massacre of African-American Union soldiers and white officers at Fort Pillow in Tennessee in April 1864. After the Civil War, he became the first Grand Wizard of the Ku Klux Klan.

The statues’ locations were not disclosed, but they could be re-erected at some point.

However, as part of the agreement to hand over the monuments, the veterans’ group is not allowed to put the statues back up in Memphis or Shelby County, said Van Turner, president of Greenspace Inc., the private nonprofit that helped bring down the statues.

Private donations helped pay for transfer of the heavy statues on large trucks at a remote location, Mr. Turner said.

“We’re talking several tons,” Mr. Turner said. “So, it was an operation.”

Memphis and the Confederate veterans’ group have battled in court over the statues’ removal from two city parks. The equestrian statue of Gen. Forrest, which stood over the grave of the Confederate general and his wife, and the monument of Mr. Davis were taken down under the cover of night on Dec. 20, 2017.

At the time, Tennessee law limited the removal or changing of historical memorials on public property. Memphis used a loophole in the historical preservation law by selling the public parks to Greenspace, the private nonprofit.

Greenspace removed the monuments, which were then stored at an undisclosed location. However, the remains of Gen. Forrest and his wife are still buried at the park where his statue stood for decades.

Davidson County Chancellor Ellen Hobbs Lyle has ruled that the removals did not violate state law because the statues were on private property when removed.

The Tennessee Supreme Court ruled in October that it would not hear an appeal by the Sons of Confederate Veterans.

The Tennessee General Assembly has passed a bill making it harder for cities to get around the law. They approved a measure barring cities from selling or transferring property that has historic memorials without permission from the Tennessee Historical Society or a court.

H. Edward Phillips, a lawyer for Gen. Forrest’s descendants and the Confederate veterans’ group, said the relatives were glad to have closure on the statues. The descendants have sued the city over the buried remains, which could be moved. Mr. Turner said that issue currently is being addressed.

“We are a Southern city, but it does not mean we have to live in the past,” said Mr. Turner, a former county commissioner and current head of the Memphis NAACP.

“But for those things which are not as appealing to everyone, we need to move beyond those things,” Mr. Turner said. “I think this was the right time to do it.”