Smollett back performing; talks about attack 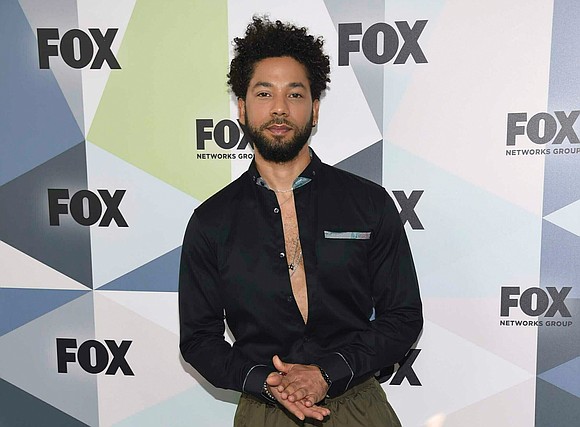 Chicago police also said Mr. Smollett has been cooperative and they have found no reason to think he’s not being genuine.

Mr. Smollett stars alongside Terrence Howard and Taraji P. Henson in “Empire,” the Fox TV show about the power struggles of a family in the music business that is now in its fifth season. The series has allowed Mr. Smollett to play, sing and occasionally write music in addition to acting.

Last year, he released a solo album, “Sum of My Music,” which made up much of the concert, along with songs from “Empire.”

He often sits at the piano on the show, but stood front and center at the microphone at the Troubadour, the legendary Los Angeles club that helped launch the careers of James Taylor, The Eagles and Elton John.

He was joined in jubilant dance by his family members during his encore. Earlier, they had taken the stage and voiced their support before he came on.

“To be honest, as his big brother, I wanted him to sit this one out,” Joel Smollett Jr. said. “But we realized this night is an important part of Jussie’s healing. He’s been a fighter since he was a baby. He fought his attackers that night, and he continues to fight.”