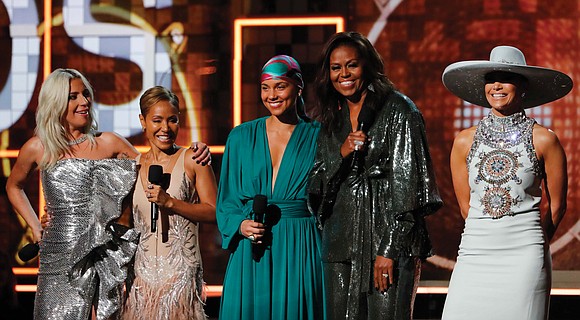 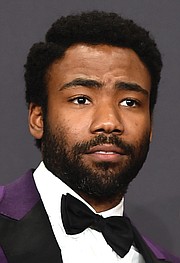 “This is America,” Childish Gambino’s searing indictment of police brutality and racism, scored a breakthrough for rap on Sunday at the Grammy Awards by winning both record and song of the year and becoming the first hip-hop track to win either of the top Grammy categories in 61 years.

However, Childish Gambino, the music alter ego of actor Donald Glover, was not around to accept the honor.

Both Mr. Glover and leading nominee Kendrick Lamar were Grammy no-shows in what was seen as a snub by the rappers for past disappointments when socially incisive rap material lost out to pop or R&B at the highest honors in the music business.

“I really wish he (Mr. Glover) was here right now. All of this was his vision and he deserves this credit,” said songwriter Ludwig Göransson, who worked with Mr. Glover on the track.

“It speaks to people, it calls out injustice, celebrates life and reunites us all at the same time,” Mr. Göransson said, accepting the award on Mr. Glover’s behalf.

The Grammy for album of the year went to country artist Kacey Musgraves for “Golden Hour,” reflecting a show and a year that was dominated by female performers and winners across multiple genres.

“I would have nothing without songs. It’s all about the songs,” said Ms. Musgraves, who also won three other Grammys.

Rapper Cardi B, who wore a black and silver mesh body suit to perform her song “Money,” won her first Grammy, taking best rap album for “Invasion of Privacy.”

The outspoken New Yorker seemed uncharacteristically overwhelmed by the win.

“Ooh. The nerves are so bad,” she said, accepting her Grammy. “Maybe I need to start smoking weed.” 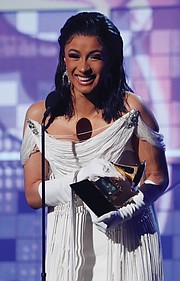 Cardi B accepts the Best Rap Album award for “Invasion of Privacy,” her first Grammy Award.

Lady Gaga won three trophies and British pop singer Dua Lipa was named best new artist. Canadian rapper Drake, who was also not expected to show up, made a surprise appearance to accept the Grammy for best rap song for “God’s Plan.”

Drake, the biggest streaming artist of 2018, told musicians not to worry about winning prizes.

“The point is you’ve already won if you have people who are singing your songs word for word, if you’re a hero in your hometown,” Drake said in his acceptance speech.

“If there’s people who have regular jobs who are coming out in the rain and the snow and spending their hard-earned money to buy tickets to come to your shows, you don’t need this right here, I promise you,” he said.

Music, old and new, ruled in a live telecast that was largely politics-free, in contrast to other awards shows in the past two years.

The Grammys sprang another surprise by bringing on former First Lady Michelle Obama for an opening segment in which she joined Lady Gaga, Ms. Keys, Ms. Lopez and actress Jada Pinkett Smith to talk about the power of music.

“From the Motown records I wore out on the (Chicago) Southside to the ‘Who Run the World’ songs that fueled me through this last decade, music has always helped me tell my story,” Mrs. Obama told the cheering celebrity audience in Los Angeles that gave her a standing ovation when she walked on stage.

Wearing a shimmering, black metallic suit, Mrs. Obama was briefly interrupted by cheers and applause at the beginning of her comments.

Mrs. Obama is touring to promote her memoir “Becoming,” which was released in the United States and in 28 languages around the world. She and her husband, former President Obama, signed deals for a book apiece with Penguin Random House a month after the president left office in January 2017.

“Whether we like country or rap or rock, music helps us share ourselves, our dignity and sorrows, our hopes and joys,” Mrs. Obama said. “It allows us to hear one another, to invite each other in.”