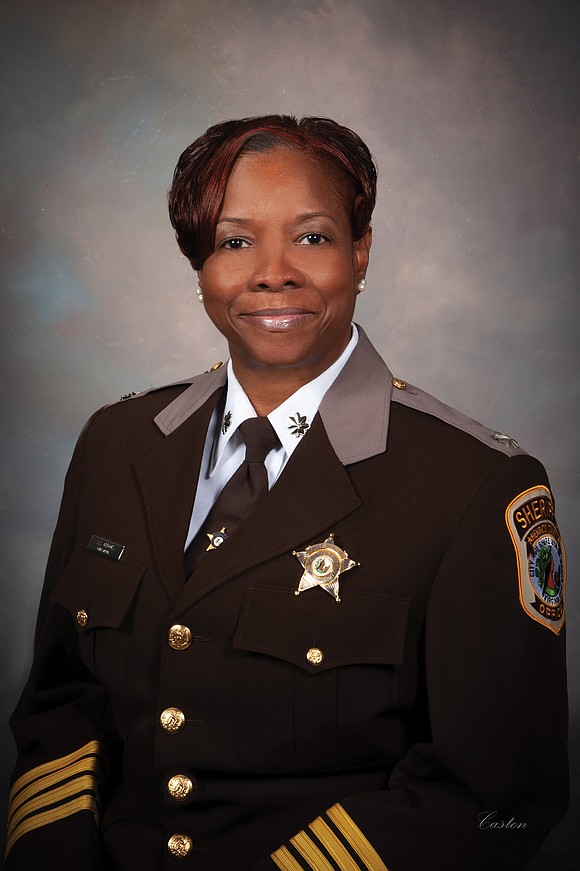 Henrico voters made history Tuesday by electing Alisa A. Gregory as the county’s new sheriff.

Col. Gregory has worked in the Henrico Sheriff’s Office since September 1998, rising through the ranks to become undersheriff to Sheriff Mike Wade, who is retiring after 20 years on the job.

She will be the first woman and African-American sheriff in the county when she takes office at midnight on Dec. 31.

Col. Gregory, a Democrat, had the support of Sheriff Wade, a Republican, in the three-way contest. The outgoing sheriff encouraged her to run for the top post.

During the campaign, Col. Gregory said she would build on the progress achieved by Sheriff Wade, who started the RISE and ORBIT programs to help offenders kick addictions and become ready for re-entry into the community.

Among her priorities are recruitment, retention and professional career development for staff; addressing and managing jail overcrowding; and strengthening partnerships with the faith-based community and volunteers to address the issues associated with incarceration.