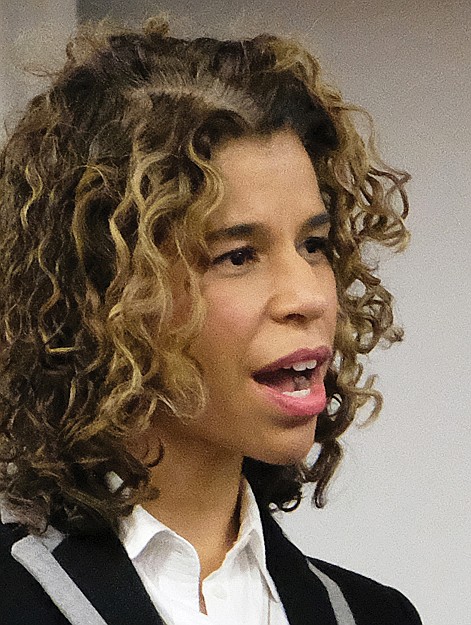 The Richmond School Board could weigh in on the debate over the controversial $1.5 billion Coliseum replacement and Downtown redevelopment plan.

School Board member Kenya Gibson, 3rd District, is spearheading a resolution that would call on Mayor Levar M. Stoney and Richmond City Council to maintain funding for public education if the controversial plan to finance a new Coliseum from the projected growth in Downtown property taxes wins approval.

“Richmond Public Schools needs to share in the growth in taxable property values in order to have the money required to meet the educational needs of our children", Ms. Gibson said.

She wants RPS to get its share of any new tax money first before tax dollars are set aside to pay for the proposed 17,500-seat Coliseum that is projected to cost $311 million when all of the initial expenses are included.

She cites as examples Baltimore and Chicago that created tax increment finance districts, or TIF districts like that proposed for the Richmond project, that paid for development, but left those cities’ public school districts starving for money because they did not share in any of the growth in taxes.

“These are just two examples,” Ms. Gibson said. “There are plenty more that can easily be found. We do not need this to happen in Richmond.”

Ms. Gibson said she would seek a vote on her resolution at the next School Board meeting on Monday, Nov. 18, and hopes her colleagues will support her call to, at minimum, maintain the current percentage of funding from real estate taxes for RPS in future budgets.

In the current 2019-20 city budget, RPS is to receive about $175 million in city tax dollars, or nearly 61 percent of the $289 million that the city projects to collect in real estate taxes based on the current assessments of residential and business property.

If all projected real estate tax collections are included — adding in collections of delinquent taxes and payments from railroad companies — the RPS share of the projected $315 million total is around 55 percent.

However the percentage is figured, Ms. Gibson wants Mayor Stoney and the City Council to maintain it. She said she is concerned about the plan backed by Mayor Stoney to pay for a new Coliseum that could prevent more tax dollars going to RPS.

The mayor’s plan calls for creating a tax increment financing district, or TIF district, for 80 blocks of Downtown, with any growth in real estate taxes within that area being first earmarked to pay off the cost of a new Coliseum. According to plan backers, that cost, including interest, could top $500 million over 30 years.

Mayor Stoney has said that RPS eventually would benefit from the dollars that the Coliseum and the associated development would spin off, though it could take 10 years or more before the project would start generating significant new dollars for RPS, assuming the project proves to be as successful as projected.

Until then, Ms. Gibson said, RPS would not receive any share of the increased real estate taxes generated by new development or increased property values within the TIF district.