RPS Board affirms rezoning plan will be finished by late Dec. 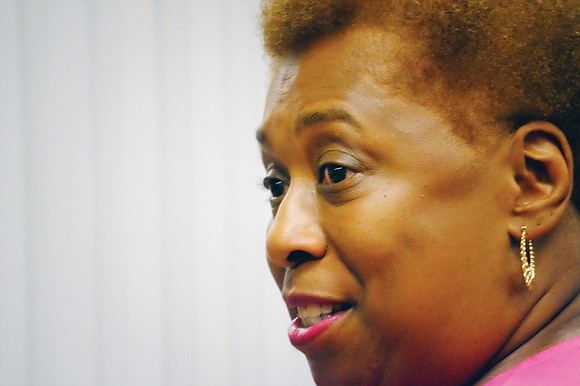 The Richmond School Board reaffirmed Monday night that it will complete school rezoning by late December.

The affirmation came during a special meeting of the board, in which big issues surrounding rezoning were discussed, among them ensuring the racial and socioeconomic diversity of student populations at the schools; easing overcrowding largely at South Side schools; dealing with a shifting city population that may impact student population and school crowding; handling the cost of rezoning, including any changes in transportation costs; and sticking with the rezoning timeline.

School Board member Cheryl L. Burke, 7th District, urged the board to press city government officials for information on new housing and apartment construction across the city that could “affect future (school) enrollment.”

RPS’ massive rezoning effort comes at a time when several schools in South Side are bursting at the seams because of overcrowding; enrollment is projected to grow by more than 1,000 students over the next decade; two new elementary schools and a new middle school are under construction and expected to open in the fall of 2020; and options to combine elementary schools north of the James River that have low enrollments and a lack of racial and economic diversity have drawn criticism from some parents.

School Board member Linda B. Owen, 9th District, reminded the board of the importance to move full speed ahead to craft a rezoning plan that is to go into effect next fall for the 2020-21 academic year.

“We’re opening the (new Elkhardt-Thompson) middle school and a new Greene Elementary School in a little less than a year” in South Side, Ms. Owen said. “Students need to know where they will be going in the next school year.”

Since March, RPS has held a rezoning public hearing, three meetings of the board-appointed Rezoning Advisory Committee, 14 community meetings and four regional meetings in an effort to engage Richmond residents in the rezoning process.

At Monday’s meeting, the board focused on how the Rezon- ing Advisory Committee should prioritize rezoning goals and whether to phase in some changes to achieve the goals.

School Board member J. “Scott” Barlow, 2nd District, urged the board to adopt longer-term strategies because some of the goals may not work well together.

“We have long-standing segregated neighborhoods to a large degree,” he said, “but we want to address transportation as we increase diversity. Those two goals don’t necessarily go hand in hand.”

Further discussion about creating racial and socioeconomic equity within the schools led to a testy exchange among board members.

“It is hard to create a definition of diversity with our school (zones) as they are,” Ms. Doerr said. “Best practices should be considered by looking at rezoning in other parts of the country.”

“What we do should reflect the diversity of Richmond and the school system broadly,” she said.

Superintendent Jason Kamras urged board members to send any beneficial information to the Rezoning Advisory Committee.

He said cost estimates for the rezoning plans being considered by the committee are being drafted by the administration and are expected to be completed by the end of September.

The School Board will discuss those estimates at its Oct. 7 meeting.