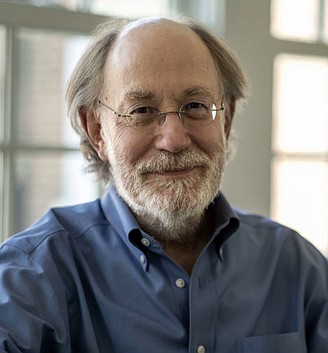 ALEXANDRIA - Three couples planning to get married in Virginia have filed a federal lawsuit challenging a state requirement that they disclose their race on their marriage application.

Civil rights lawyer Victor Glasberg, who filed the lawsuit Sept. 5 in Alexandria, said the requirement is a vestige of Virginia’s Jim Crow laws and that Virginia is one of only eight states requiring marriage applicants to disclose their race.

One Virginia county, Rockbridge County, provided a list of more than 200 potential races to a couple that questioned the requirement. It included “American,” “Aryan,” “Moor” and “Mulatto,” according to the lawsuit.

Brandyn Churchill, 27, who plans to marry Sophie Rogers next month, said he was flabbergasted when the Rockbridge clerk’s office presented him with the list, which he said illustrates how ridiculous the requirement is.

“How is this on a piece of paper from a government agency?” Mr. Churchill asked when he saw “Mulatto” and “Aryan” on the list.

The Rockbridge County Circuit Court clerk, who is named as a defendant in the lawsuit, did not return calls seeking comment.

In Arlington County, bride-to-be Ashley Ramkishun said she was told that if she objected to listing a specific race, she could list “other.”

“We’re not others. We’re human beings,” she said.

While local court clerks may differ in how they ask the question, the requirement to disclose race is a state law. Paul Ferguson, circuit clerk of Arlington County, said he can “certainly understand why that question could make someone uncomfortable” and that he would be willing to forward an application to the state that leaves the race question unanswered.

Fundamentally, though, state officials would still have the final say in accepting or rejecting the application, he said.

The lawsuit names the state registrar’s office as a defendant, in addition to the county clerks in Rockbridge and Arlington.

Michael Kelly, a spokesman for Virginia Attorney General Mark Herring, said in an emailed statement, “Although it’s not readily apparent why state law requires the collection of this data on the marriage license application, we will examine the complaint closely and carefully to determine how best to proceed.”

Mr. Glasberg wrote a letter to Mr. Herring asking him not to defend the law. Instead, Mr. Glasberg suggests that Mr. Herring “do what must be done to get on the right side of history: have the defense stipulate to the unconstitutionality of the provision at issue.”

Mr. Glasberg said the requirement to disclose race has bothered him ever since he got mar- ried in 1981 and was asked the same question. He said he wanted to write “human” but was told that was not an option. Instead, he wrote “white” in quotes.

He recruited couples who were willing to challenge the provision so the lawsuit could be filed. He said most people, when confronted with the issue, simply acquiesce to the requirement because getting a marriage license is frequently one of the last steps in planning a wedding and few people are willing to disrupt those plans to stand up for a principle.

He said the case is a logical sequel to the 1967 Loving v. Virginia case that struck down laws banning interracial marriage.

“This is an occasion for Virginia to get rid of possibly the last vestige of ... Jim Crow on our books,” he wrote in his letter to Mr. Herring.