State executioner who turned against the death penalty dies at 67 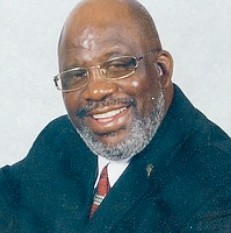 For 17 years, Jerry Bronson Givens carried out death sentences as Virginia’s chief executioner. The Richmond native then spent the rest of his life crusading against the death penalty.

Mr. Givens’ dual roles in capital punishment are being remembered following his death on Monday, April 13, 2020, at a Richmond area hospital. His family said his death was due to complications from the coronavirus. He was 67.

A football star at Armstrong High School, Mr. Givens grew up in Creighton Court in the city’s East End. He was a prison guard in 1982 at the State Penitentiary, then located in Richmond, when he was assigned to death row and was tapped to join the execution team he would end up leading.

A religious man, Mr. Givens recounted in his 2012 memoir, “Another Day Is Not Promised,” that those set for execution would get a haircut and a final meal before being strapped into the electric chair or to a gurney for administration of lethal drugs.

During his tenure, 62 people were executed at the direction of a court and his superiors at the state Department of Corrections, including such notorious convicts as James and Linwood Briley, who led a gang that killed 11 people, and Syvasky Poyner, who killed five women.

Then a proponent of the death penalty, Mr. Givens talked about the impact. “You feel for the condemned man’s family and the victims’ family,” he told one interviewer in 2007.

He acknowledged in another interview that his mindset at work was far different from home, where he was a husband, father and churchgoer.

Mr. Givens’ role as executioner ended and his transformation into an anti-death penalty advocate began in 1999 when he was convicted of money laundering and perjury and became an inmate in state prison. Prosecutors successfully claimed that he knew he was using money from drug dealing when he partnered with a friend to buy a car.

He was released after four years and began to organize protests, lobby legislators, meet with family members of the incarcerated and those they had injured and to encourage corrections officers not to follow in his footsteps to carry out death sentences.

While he upheld his oath not to tell anyone about his work while he was a state employee, he later broke his silence.

A truck driver after his release, Mr. Givens “was one of the very few executioners who was willing to speak publicly about his experience and how his experience changed him,” according to Michael Stone, executive director of Virginians for Alternatives to the Death Penalty.

Along with serving on VADP’s board, Mr. Givens also became a well-known speaker on the subject, Mr. Stone said. “He was a passionate critic and opponent of the death penalty.”

He took that passion to the State Capitol, and some legislators credit his testimony with ending a move to extend the death penalty to accomplices.

Mr. Givens also served on the board of advisers for the national Death Penalty Action, which opened the door to his working with corrections officers. DPA officials said Mr. Givens would tell them to avoid the duty, saying, “I know, I’ve done it, and I’m warning you, this will be a lifelong burden.”

In 2019, his connection to DPA earned him a speaking invitation before the World Congress Against the Death Penalty in Brussels, Belgium.