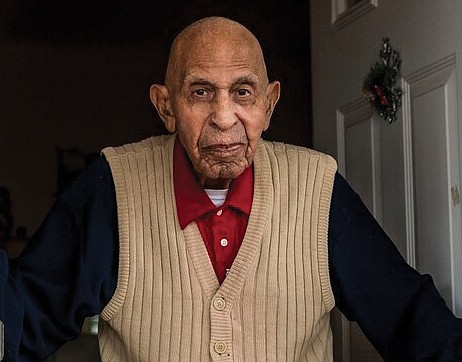 LYNCHBURG - Tuskegee Airman Alfred Thomas Farrar died on Thursday, Dec. 17, 2020, in Lynchburg only days before a ceremony planned to honor his service in the program that famously trained Black military pilots during World War II. He was 99.

Mr. Farrar would have turned 100 on Dec. 26. Mr. Farrar left his Lynchburg hometown for Tuskegee, Ala., after graduating from high school, to begin his aviation training in 1941. “It was the next best thing to do,” Mr. Farrar told The News & Advance in an article that ran last week.

Mr. Farrar learned to be a pilot during his time in the U.S. Army Air Corps program but didn’t fly any combat missions overseas, according to his son, Roy Farrar.

After his discharge in 1943, Mr. Farrar studied to be an aerospace engineer and worked as an engineer with the Federal Aviation Administration for four decades. A Lynchburg area television station reported that the Lynchburg Area Veterans Council plans to honor Mr. Farrar and his service during the council’s “troop rally” on Christmas Day.

“In spite of tremendous discrimination, these young American men and women served their nation with distinction and opened the door of opportunity for many other Americans,” the council said in a statement.

Roy Farrar said several planes are expected to fly over during a separate memorial ceremony for his father on his birthday.