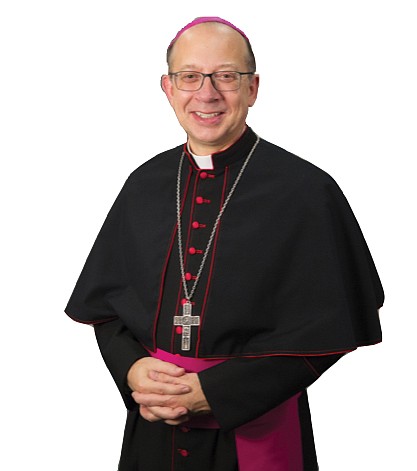 The Catholic Diocese of Richmond wants to ensure that people who were victims of sexual abuse by priests and deacons are compensated as part of its efforts “to assist in the healing.”

Bishop Barry C. Knestout, who oversees the sprawling diocese that covers most of Virginia and includes roughly 230,000 Catholics in 138 parishes, announced Monday the creation of the Independent Reconciliation Program to orchestrate a new payout effort to benefit victims.

One of a series of steps initiated to aid victims of clergy abuse, Bishop Knestout stated that the program has been designed by and would be run by Lynn C. Greer of the Henrico County-based BrownGreer LLC law firm, which specializes in settlement administration and has earned a national reputation for its work.

The new program will accept claims from victims who have not previously settled or fully litigated a civil claim that “an ordained priest or deacon assigned by the Bishop of Richmond to a diocesan parish, church or school or (other) institution” molested them.

Victims whose claims were dismissed because the allegations were not filed within the existing time limits can file a claim under the new process.

Claims can be filed online through the diocese’s website assistance.richmond-diocese.org or by calling Ms. Greer at (888) 304-0265.

The deadline to file a claim is Friday, April 3, according to the diocese.

The diocese stated that it would fund the program without tapping into funds raised in the annual Diocesan Appeal or through the Living our Mission Capital, suggesting that claim numbers are not anticipated to be numerous and the total payout expected to be modest.

The program’s introduction follows the diocese’s publication last year of the names of 49 priests, the majority now dead, removed from the priesthood or convicted, whom internal records show sexually abused children since 1950, though mostly prior to 1980.

The list was more voluminous than in 2004 when the diocese first disclosed that 19 priests had been credibly implicated in sexual abuse allegations and that it had paid a total of $336,000 to 24 adults who had come forward with claims of abuse as children between 1950 and 2002.

The diocese has not released additional information on payment amounts since 2004 or the number of people who have brought allegations since then.

Bishop Knestout, whom Pope Francis tapped to lead the diocese in December 2017, has made reconciliation with victims a key part of his service since his arrival.

“One of my most important pastoral responsibilities is to reach out to victim survivors of clergy sexual abuse and to be a resource for them on their paths of healing,” he stated in announcing the new program.

“We have watched as dioceses throughout the country have embraced reconciliation programs similar to this one and noted the benefit to victim survivors,” he added. “This program will give victim survivors an opportunity to receive monetary payment in a manner that is compassionate.”

Bishop Knestout also plans to participate in several Masses of Hope and Healing for victim survivors later this year and will lead a rosary for healing and protection during April, which is recognized as Child Abuse Prevention Month, the diocese reported.