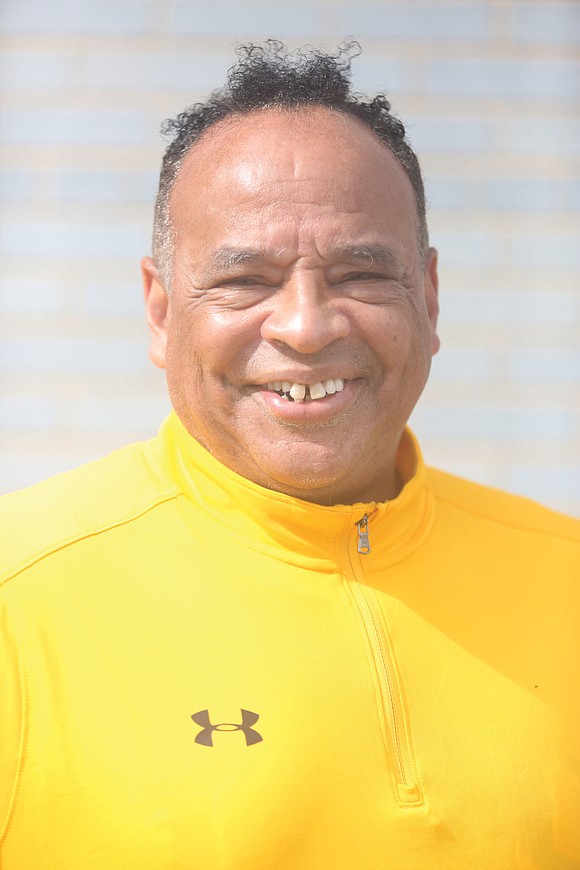 Barney Cobb, renowned for his exceptional speed, is sprinting straight into the Virginia High School League Hall of Fame.

The former John Marshall High School track and field champion will be formally inducted April 26 during a ceremony in Charlottesville.

“I’m humbled, very humbled, and thrilled,” Mr. Cobb says. “When I got the envelope (from VHSL), I was overcome with joy. In fact, I went into another room so my mother (Annie Cobb) wouldn’t see me cry.”

The former star for the Justices was quick to thank friends Reggie Walston and Darin Thompson for nominating him and handling the extensive paperwork VHSL required.

“It has been like a two-year project,” he says.

Mr. Cobb also is a member of the Richmond Public Schools Athletic Hall of Fame.

He ran track at John Marshall High under Coaches Bill Miller, Bill Christian and Gene Appler. He won six Capital District, five Central Region and three State AAA titles in the 100-yard dash in 1971 and 1972 and the 220 yards in 1971. He added a 1972 AAA indoor championship title in the 60-yard dash.

Regardless of achievement, there was always another hill to climb for Mr. Cobb.

“I’d be happy with my times for one minute, then I’d be determined to get even faster,” Mr. Cobb says.

He recalls two races in particular. One was a victory, another a close second.

At the 1970 Capital District meet at Thomas Jefferson High School when he was a sophomore, he defeated previously undefeated and many times state champion Kent Merritt of Lane High School in Charlottesville in the 220.

At the 1972 State Group AAA finals in Hampton, he finished second to Ferguson High School’s Ronnie Ray in the 440. Mr. Cobb ran it in 47.1 seconds, runner-up to Mr. Ray’s blistering time of 45.8, then a national record.

From John Marshall, Mr. Cobb became a three-time, All-American at Louisiana State University. He was among the first African-Americans to receive an athletic scholarship to the Southeast Conference school in Baton Rouge.

Since returning from LSU, Mr. Cobb has served in various teaching, coaching and personal training capacities. He is in his fourth season as assistant track coach at St. Christopher’s School in Richmond. Previously, he coached at Deep Run High School in Henrico County.

Additionally, he directs a youth track club called Bodies by Barney at. St. Christopher’s. There are signs he is as good a coach as he was a runner.

Among his prized pupils is Cameron Thompson, now a student at Hungary Creek Middle School in Glen Allen. A fleet Cobb protégé, Cameron won national U-12 AAU titles in the 100- and 200-meters in 2018.