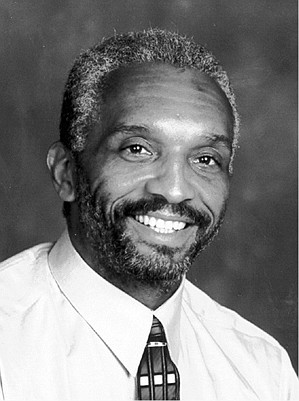 Virginia Commonwealth University officials are offering two reasons that the No. 40 jersey of the late Charles “Jabo” Wilkins likely will never hang from the rafters of the Siegel Center, the Rams’ home court.

First, despite newspaper articles and eyewitness accounts of the nearly 50-year-old announcement that the star basketball player’s jersey and number were being retired, VCU cannot find any record of official action to make that happen.

“We have been unable to verify that the jersey was actually retired and displayed,” Christopher Kowalczyk, assistant athletic director for communications, stated in a Jan. 8 response to a Free Press query.

“Even if the jersey was displayed at (the Rams’ former home, the Franklin Street Gym), we are unable to verify if (his number) was considered retired,” Mr. Kowalczyk continued.

He noted that in 1974, another player wore the supposedly retired No. 40.

Secondly, VCU records “indicate that Charles Wilkins did not graduate,” he stated. “Graduation is currently a requirement for jersey retirement. This has been a VCU Athletics’ policy for the 15 years I have worked here and likely much longer.”

Mr. Kowalczyk noted that Mr. Wilkins still ranks as one of VCU’s all-time best players and, as a result, has been inducted into VCU’s Athletics Hall of Fame and been named to VCU basketball’s “All-Time Team.”

“His accomplishments speak for themselves,” Mr. Kowalczyk stated. 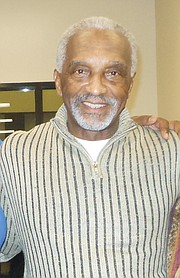 The explanation has not satisfied some fans of Mr. Wilkins and VCU. There appears to be no question that the retirement of his number and jersey was announced. According to separate articles published on Feb. 22, 1971, in the two Richmond daily newspapers at the time, VCU’s coach and athletic director at the time, Chuck Noe, who is now deceased, announced before Mr. Wilkins’ final home game that his number would be retired at the end of the season.

Adding credence is a Facebook post from Harvey T. Siegel, an attorney who now lives in Naples, Fla. (There is no evidence he is related to the family whose name is on the Siegel Center.)

Mr. Siegel noted that he was a VCU student and public address announcer for the basketball team who had a front-row seat for Coach Noe’s announcement.

“I was the PA announcer for the Rams for two years at Franklin Street and a few at the Coliseum when ‘Jabo’ played,” Mr. Siegel wrote. “I remember the night his number was retired because I handed the microphone to Coach for the presentation.”

Free Press sports writer Fred Jeter also was at the game. Also a student at the time, Mr. Jeter was serving as team statistician and student sports information director.

He recalls Mr. Noe making the announcement “with then President Dr. Warren Brandt in attendance — about two seats down from me on the press table side.”

Mr. Kowalczyk, however, stated the graduation rule is unlikely to be bent, adding that any consideration of Mr. Wilkins’ jersey being hung up “would have to go through our normal protocols.”