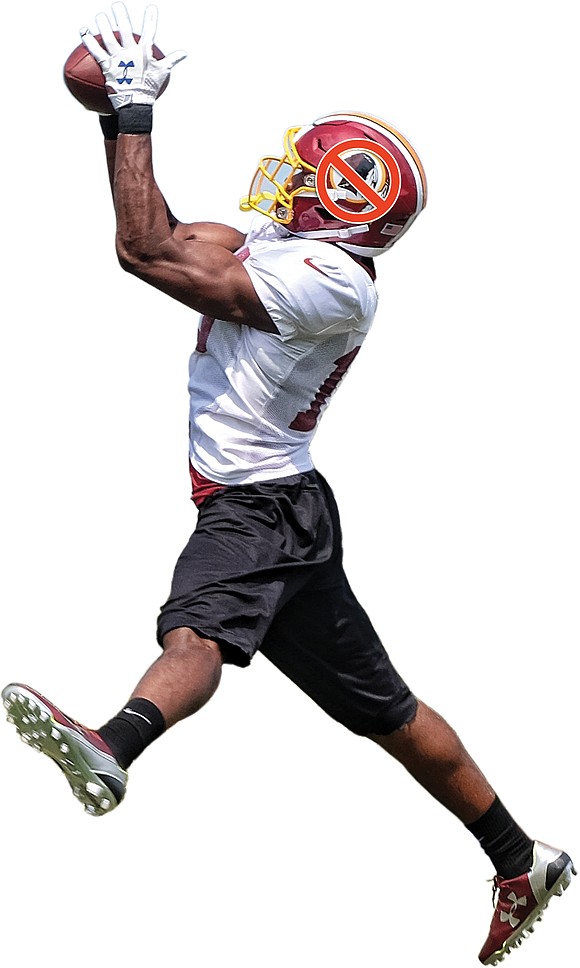 The most polarizing name in North American professional sports is gone.

Washington’s NFL team announced Monday that it will retire its offensive name and Indian head logo in a decision made after sponsors stepped up pressure to scrap a name that the franchise has used since 1933 but long has been criticized as racist by Native American rights groups.

Team owner Dan Snyder, who bought the franchise in 1999, previously said he would never change the name but softened his stance after FedEx, which owns the naming rights to the team’s suburban stadium in Landover, Md., urged the NFL club to rebrand.

The team said on July 3 it would conduct a thorough review of the club’s name.

“Today, we are announcing we will be retiring the ... name and logo upon completion of this review,” the team said in a statement.

The team did not provide a timeline for when the review would be completed. Its statement did not specify a reason for the name change, but it comes at a time of reckoning over racial injustice, iconography and racism in the United States.

Mr. Snyder and Ron Rivera, the team’s new head coach, “are working closely to develop a new name and design approach that will enhance the standing of our proud, tradition rich franchise and inspire our sponsors, fans and community for the next 100 years,” the team said.

“We commend the Washington NFL team for eliminating a brand that disrespected, demeaned and stereotyped all Native people,” the National Congress of American Indians said in a statement on Monday. “And we call on all other sports teams and corporate brands to retire all caricatures of Native Americans that they use as their mascots.”

Critics have ramped up pressure on the team to change its name following nationwide and global racial justice protests in the wake of George Floyd’s killing on May 25 at the hands of a Minneapolis police officer.

In June, a group of more than 80 socially minded investment firms, collectively with more than $620 billion in assets un- der management, urged FedEx, Nike and PepsiCo to terminate relationships with the team unless it changed its name. PepsiCo and Nike both followed FedEx’s lead and said they welcomed the call for a review of the team’s name.

The pressure from FedEx was particularly important because Frederick Smith, the company’s chief executive officer, owns part of the team.

FedEx paid $205 million for the long-term naming rights to the team’s stadium. The lease at FedEx Field expires in 2027, and dropping the name keeps open various possibilities in Maryland, Virginia and Washington for the team’s new stadium and headquarters.

District of Columbia Mayor Muriel Bowser has said the name was an “obstacle” to Mr. Snyder building on the old RFK Stadium site, which is believed to be his preference. Mayor Bowser said she welcomed the name change but there were still obstacles to overcome before the team’s return from suburban Maryland became a serious possibility.

“Yes, we want to change the name and change the location,” she said. “The Washington football team should be playing in Washington.”

The team was founded in New England in 1932 as the Boston Braves. Its name was changed the following year and it moved to Washington in 1937.

A dozen Native leaders and organizations wrote NFL Commissioner Roger Goodell last week demanding an immediate end to Washington’s use of the name. Mr. Goodell, who has fielded questions on the topic for years, said he supported the review.

“The NFL and Dan Snyder, we have to commend them on making the right call to change the name,” said Oneida Indian Nation Representative Ray Halbritter, leader of the “Change the Mascot” campaign. “Dan Snyder won today because now he has a legacy that will be different from the racial slur that was the team name. I know that’s not an easy thing to do, but it was the right thing to do.”

The name could become the Redtails, Redwolves or Redhawks. Redtails or Red Tails — an homage to the Tuskegee Airmen from World War II — is the favorite on online sportsbook BetOnline, and the group said it “would be honored and pleased to work with the organization during and after the (name change) process, should this name be adopted.”

This will be the NFL’s first name change since the late 1990s when the Tennessee Oilers became the Titans two seasons after moving from Houston to Nashville.

The Washington team has won three Super Bowls and is one of the NFL’s marquee franchises, ranked by Forbes last September as the league’s seventh most valuable franchise at $3.4 billion.

In June, a memorial to the team’s founding owner, George Preston Marshall, who fought against the racial integration of the NFL, was removed from RFK Stadium, the team’s former home in Washington.

“Our fight continues,” Crystal Echo Hawk of the Native American advocacy group IllumiNative said in a statement. “We will not rest until the offensive use of Native imagery, logos and names are eradicated from professional, collegiate and (other school) sports. The time is now to stand in solidarity and declare that racism will not be tolerated.”