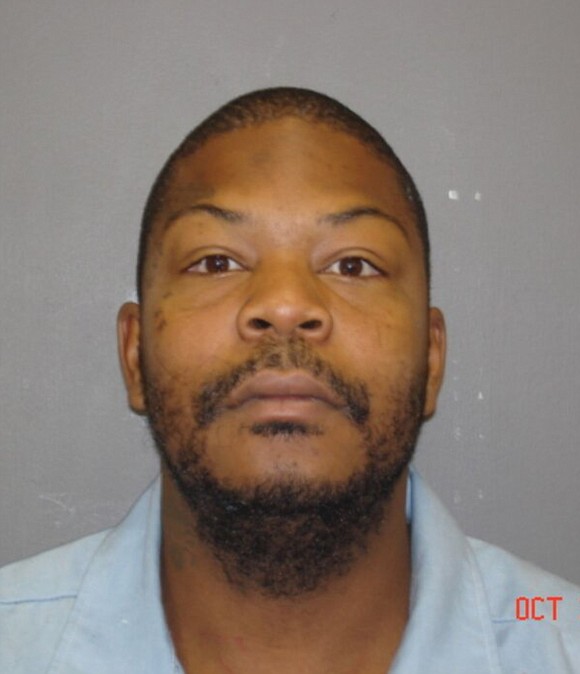 CRAIGSVILLE, Va. Rojai Fentress, arrested in 1996 on a murder charge when he was just 16 years old, woke up on July 1 at the Augusta Correctional Center as inmate No. 1038804.

It was just another day in prison for Mr. Fentress. Then, without warning, it was his last day behind bars.

Convicted in Richmond in 1997 on charges of first degree murder and use of a firearm to commit murder, Mr. Fentress, just a teenager, was given 53 years in prison in a case where there was no physical evidence linking him to the killing of 28-year-old Tommy Foley, slain during a 1996 crack deal.

Another inmate in the Virginia Department of Corrections told The News Leader in 2016 that he was Mr. Foley’s killer, not Mr. Fentress.

For 24 years while he sat behind bars, Mr. Fentress, now 40, continuously claimed his innocence. His pleas wafted in the breeze of a system that is quick to convict but painstakingly slow to rectify its mistakes.

On July 1, his voice was finally heard.

Like most prisons, Augusta Correctional Center in Craigsville is a bland but imposing cement fortress surrounded by glistening rows of ringed razor wire and guard towers. It holds about 1,300 inmates.

For Mr. Fentress, who like many inmates was shipped from prison to prison while incarcerated in the Virginia Department of Corrections, the Craigsville prison had been his home for the past several years.

July 1 started off like any other for Mr. Fentress, who was unaware that he would be freed before day’s end.

Later in the afternoon, an officer told him he needed to see a counselor. Mr. Fentress did, and the news was delivered out of the blue — he was going home.

“It was so magnificent,” he said. “It was an all around beautiful day.”

July 1 was the first day Mr. Fentress became parole eligible due to a new juvenile sentencing law, he said.

On the opposite side of the razor wire, news of Mr. Fentress’ impending release began circulating. Shortly before 4 p.m., Reginald Dwayne Betts called a News Leader reporter. Mr. Betts is an award-winning author, Yale educated attorney and a public speaker.

He also occupied a prison cell next to Mr. Fentress at the Southampton Correctional Center’s receiving center in Capron in the 1990s when both were juveniles in the adult system. Convicted of a Fairfax County carjacking as a teen, Mr. Betts spent about eight years incarcerated before being released in 2005.

Mr. Betts said it was a parole board member who initially contacted him with news that Mr. Fentress was given a conditional pardon by Gov. Ralph S. Northam. Soon, the Innocence Project, which has been assisting Mr. Fentress, was informed, and suddenly a small caravan of vehicles from Charlottesville made its way across the Blue Ridge Mountains as a News Leader reporter also sped toward the Craigsville prison.

Shortly after 6 p.m., a dozen or so people were outside of the prison’s main office impatiently awaiting Mr. Fentress’ release while eyeing the front doors. Corrections officers came and went, and every time the doors opened there was a collective pause and then a mild letdown when Mr. Fentress didn’t appear.

Finally, at 6:41 p.m. and much to the surprise of everyone, Mr. Fentress, wearing a protective mask and riding a golf cart with a corrections officer who was also masked, cruised up almost unnoticed from a road that runs in front of the prison.

Still in his beige prison garb, he bounded off the golf cart and immediately embraced Deirdre Enright, director of the U.Va. Innocence Project Clinic at the University of Virginia, who tirelessly led the fight for Mr. Fentress’ freedom for nearly four years since taking up his case.

Euphoria. Jubilation. Elation. None of those words come close to adequately describing the pure joy exhibited by Mr. Fentress the moment he became a free man.

Later that day, there was a celebration in Charlottesville, where about 25 well-wishers gathered with Mr. Fentress late into the night and into the next morning. His brother, Roger Hunt, also was there with his wife, Sandra. It had been several years since the two brothers had laid eyes on one another.

In 2016, Mr. Fentress sent more than 50 letters across the state to the media and politicians detailing his plight. Nobody took him up on his story except one outlet, The News Leader.

“It started with a stamp,” he said. “One stamp to the right person at the right time. It moved mountains.”

Following an article that was published in September 2016 detailing his case — which included the confession of another inmate who claims he killed Mr. Foley and suspect testimony from a key witness — the Innocence Project took up his case after being prodded by Mr. Betts.

Then in 2018, Brian Wainger, the prosecutor who helped put Mr. Fentress away for the 53-year prison term, wrote a letter to the Office of the Secretary of the Commonwealth in support of a conditional pardon for Mr. Fentress.

“I am now aware of substantial evidence of extraordinary circumstances that require me to advocate on behalf of his Conditional Pardon and immediate release from prison,” Mr. Wainger said 22 years after he prosecuted Mr. Fentress.

In the letter, Mr. Wainger said he never could imagine that, years later, “I would be confronted with the possibility that a person I prosecuted may well be innocent of the charges for which he was convicted.”

The night he was released from prison, Mr. Fentress, who is now living with his brother’s family in Richmond, said he only got about an hour’s worth of sleep. But that didn’t keep him from appreciating his new surroundings.

“The bed was so soft, it was so peaceful,” he said.

The following day, Mr. Fentress’ mood was buoyant thanks to his newfound freedom. “It seemed like 25 years was made up in a day, and that’s a hard thing to explain,” he said.

On July 2, Mr. Fentress headed out with his brother and purchased a cell phone, new shoes and clothing before going to see his mother, Bessie Fentress. The two hadn’t seen each other in 12 years.

“She wanted to know if I was real,” Mr. Fentress said when asked about the reunion.

Mrs. Fentress recently had been homeless and her living situation was a major cause of concern for Mr. Fentress while he was behind bars. He said there is still a lot of work to be done for his mother.

Mr. Fentress said he also was able to visit the gravesites of some family members. “It was just a beautiful thing, man,” he said.

Food was a main theme during his first full day of freedom.

“I had seared tuna. I had arugula salad, you know. I had pumpkin leek soup,” Mr. Fentress said. “It was delicious. My palate has never experienced such things.”