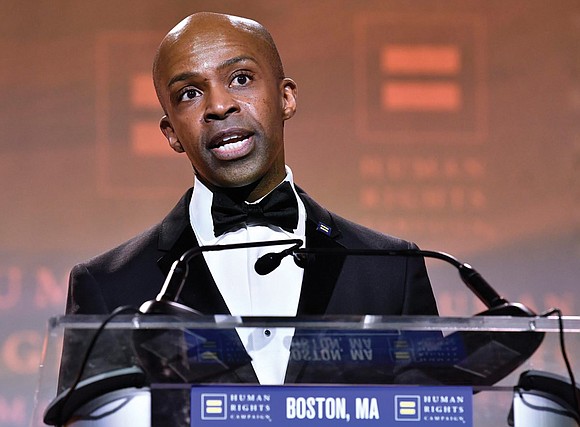 The Human Rights Campaign, which works to promote LGBTQ equality, has started an election season tour in which its president will visit houses of worship of different faiths to build relations between the religious and the gay communities.

“The cornerstones of religion and faith and the LGBTQ movement are the same — inclusion and justice,” said HRC President Alphonso David in a statement released Sunday as he started the tour.

“LGBTQ people are in every faith tradition, and LGBTQ people and people of faith have more similarities than they do differences.”

The African Episcopal Church of St. Thomas in Philadelphia was the first stop on the tour.

The national tour is tied to HRC’s voter mobilization efforts in which its volunteers plan to urge congregants to get family mem- bers and friends to join them in voting in upcoming elections.

Last year, a survey by the Public Religion Research Institute showed there is broad support across the United States for gay rights, with 69 percent of Americans supporting nondiscrimination protections for LGBTQ people. Researchers found agreement across religious groups as well, from 90 percent of

The pastor of the Philadelphia church, founded in 1792, welcomed Mr. David’s visit.

“St. Thomas has a history of engaging in outreach to the community around us and ensuring that the welcoming love we see in the Gospels is felt by everyone we serve, including LGBTQ people,” said the Very Rev. Martini Shaw, rector of the church, in a statement. “As we begin the season of Lent, we encourage everyone to reflect on the ways in which people of faith can begin finding common ground with LGBTQ people in their communities.”

“As the tour progresses, we will work towards the goal of finding common ground between the LGBTQ community, LGBTQ people of faith and communities of faith, while we work to advance justice and equity for the whole LGBTQ community,” he said in a statement.

The tour comes as the United Methodist Church, one of the nation’s largest Protestant denominations, ponders a breakup in an attempt to end a long-running debate over the status of LGBTQ people in the church.