John Merchant, who broke barriers at U.Va. law school and in golf, dies at 87 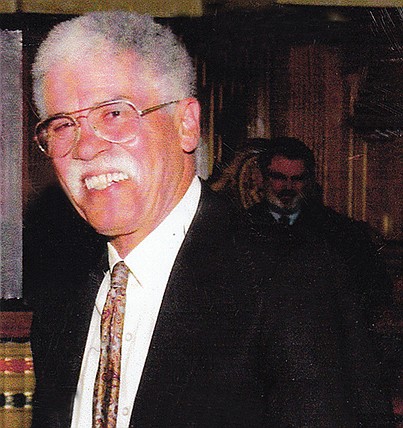 NEWTOWN, Conn. - John F. Merchant broke racial barriers in the legal profession and in the game of golf.

More than 60 years ago, Mr. Merchant made history as the first black graduate of the University of Virginia School of Law, paving the way for others.

And during his 50-year career as an attorney, the golf devotee numbered Tiger Woods among his clients and became the first African-American to serve on the United States Golf Association’s executive committee, the sport’s governing body.

Mr. Merchant, whose legacy includes a U.Va. scholarship fund and a program that makes golf more accessible to children of color, succumbed to cancer Thursday, March 5, 2020, in Newtown, Conn., his family and friends said. He was 87.

Born in 1933 into a poor family in Greenwich, Conn., Mr. Merchant made education his way up. After graduating from Virginia Union University, he applied to and was accepted to U.Va.’s law school. Gregory Swanson, who had sued for admis- sion several years earlier, was the first black student admitted to the law school, but left after one year in 1950-51 following death threats and other racial shunning.

Mr. Merchant, who graduated from the law school in 1958, was highlighted in the book “The Key to the Door: Experiences of Early African American Students at the University of Virginia,” published by UVA Press in 2017.

Mr. Merchant also wrote an autobiography, “A Journey Worth Taking: An Unpredictable Adventure,” published in 2014.

He went on to serve in the Navy before spending more than 50 years serving clients in Connecticut courts, earning a reputation for patient, but unrelenting persistence in ad- vancing the cause of those he represented.

Racial bigotry dogged his climb in his profession and in golf, which he learned to play in the Navy. When he returned to Greenwich in 1962 after his military service, law firms in his hometown refused to hire him as an associate because of the color of his skin.

He moved to Bridgeport, Conn., soon after and set up a successful firm with two other African-American attorneys, L. Scott Melville and E. Eugene Spear, who would go on to become judges in Connecticut as racial barriers fell.

In 1987, during the first reunion of black graduates of U.Va., Mr. Merchant gained support for his plan to create the Walter N. Ridley Scholarship Fund, named for the first black student to earn an undergraduate degree from the school. The scholarship program assists African-American students at U.Va.

His daughter later graduated from U.Va. School of Law in 1994. He gave the commencement address at her graduation.

In golf, Mr. Merchant could play public courses in Connecticut, but could not enter area tournaments controlled at the time by whites-only men’s associations.

He was outspoken about the need to in- crease diversity in the sport and became the first choice in 1992 when the USGA made an initial effort to diversify its executive committee by adding a black member.

Mr. Merchant helped spearhead annual symposiums on minorities in golf that brought him in contact with Earl Woods and his golfing phenom son, Tiger. Mr. Merchant represented the rising star in his transition from amateur status to professional at age 19, including securing an agent for him and negotiating Tiger Woods’ first contract with Nike.

Before he stepped down from the USGA executive committee in 1998, Mr. Merchant advocated for ensuring more access to the game for black children. He is credited with playing a role in bringing together golf equipment manufacturers and others to create the nonprofit First Tee program.

Since the launch in 1997, First Tee programs in the Richmond area and across the country have introduced the game and its character-building aspects to more than 15 million young people.