Dolson B. Anderson Jr., a leader and deacon at Westwood Baptist Church, dies at 72 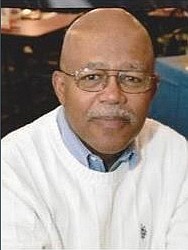 For more than two decades, Dolson Barnett “Butchie” Anderson Jr. was the volunteer leader of the media ministry for Westwood Baptist Church in Richmond’s West End.

Later a deacon in the church, Mr. Anderson videotaped virtually every service with support from members of the

ministry who ran the sound board and managed the lighting to ensure a quality finished product.

Known as a kind, thoughtful and considerate man, Mr. Anderson’s dedication, attention to detail and willingness to share the church’s services with the wider world are being remembered following his death on Wednesday, April 22, 2020, in Baltimore.

Mrs. Anderson, a former executive director of the Metropolitan Business League who is now a City of

Richmond employee, said the family doesn’t know where her husband may have contracted the virus, but he became ill after taking her to Baltimore to recuperate with family following her knee surgery.

He succumbed there after being hospitalized, Mrs. Anderson said. He was 72.

A celebration of his life is to be scheduled, she said.

Born in Delaware, Mr. Anderson grew up in Baltimore. In high school, he was the drum major in the marching band and played the trombone and electric guitar.

He attended Morgan State University and then served in the Navy before moving to Richmond, where he worked for more than 30 years for the U.S. Postal Service. He also worked part time in the Richmond Free Press circulation department in the late 1990s and early 2000s.

Mr. Anderson was best known for his service to Westwood Baptist Church, which he joined more than 30 years ago.

Along with his work with the media ministry, he took on other tasks, his wife said.

“Oftentimes Dolson could be seen changing a light bulb, mopping the floors or doing whatever needed to be done,” she said. “He was always willing to assist and was often the last person to leave the building.”

He was ordained as a deacon at the church in 2013.

Mr. Anderson was a founding member of the Jahnke Road Community Development Organization. He also was a past president of the Westlake Hills Civic Association and belonged to the Astoria Beneficial Club and the Richmond Postal Union.

He was a member of the Leadership Metro Richmond Class of 2006.

The family requests that, in lieu of flowers, memorial donations be made to the Westwood Baptist Church Media Ministry, 915 Glenburnie Road, Richmond, Va. 23226.