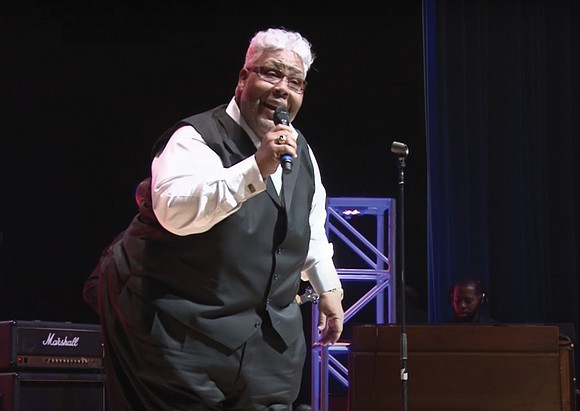 Gospel legend Bishop Rance Allen, a Gospel Music Hall of Fame inductee perhaps best known for his gospel hit “Something About the Name Jesus,” has died at 71.

The formal announcement of his death came in a statement from Bishop Robert G. Rudolph Jr., adjutant general of the Church of God in Christ, on Saturday, Oct. 31, 2020. “God, who is omnipotent and omniscient, has summoned His Servant, Bishop Rance Lee Allen, to eternal rest,” read the statement.

A five-time Grammy nominee, Bishop Allen formed the Rance Allen Group in 1969 with two of his brothers, Thomas and Steve Allen. They released their first gospel album in 1971 after catch- ing the attention of a Detroit music promoter and going on to sign with Stax Records under a subsidiary, Gospel Truth.

As the lead vocalist for the group, Bishop Allen was widely praised for his vocal range, and the group became known for incorporating rock, soul and R&B with traditional gospel music. They performed with a number of gospel greats, including Andraé Crouch, Marvin Winans, Bebe and Cece Winans, Kirk Franklin and others. The group also performed for President Obama in 2015 at an event celebrating the history of gospel music.

“His gift transcended the boundaries of musical genre as he remained a sought after personality called to perform on global venues,” Bishop Rudolph’s statement said.

In 2018, Bishop Allen collaborated with Snoop Dogg on the song “Blessing Me Again” as part of the rapper’s 2018 gospel album, “Bible of Love.” At the time, Bishop Allen told the Toledo Blade newspaper that he didn’t really believe it when he found out the rapper wanted to work with him, saying, “OK, somebody’s playing a joke.”

The two would go on to perform “Blessing Me Again” at the 2018 Super Bowl Gospel Celebration.

“When Snoop says, ‘Hey fellas, Jesus saves,’ he’s going to shake their worlds,” Bishop Allen told the newspaper about why he decided to work with the rapper.

Even as he appeared on stages around the world, Bishop Allen remained committed to his pulpit at the New Bethel Church of God in Christ in Toledo, Ohio, where he served as pastor since its founding in 1985. In 2011, he became a bishop for the Michigan Northwestern Harvest Jurisdiction in the Church of God in Christ.

Earlier this year, after being honored in Toledo during Black History Month, he told a Toledo television station, “I’ve been singing over 60 years and it’s all been, as far as I was concerned, a ministry,” Bishop Allen said. “Then to get to be 71 years old and someone says we want to honor you, it made me want to put my suit on today. It’s a wonderful thing and I’m enjoying every bit of it.”

According to Bishop Rudolph’s statement, a private family funeral will be held because of the COVID-19 pandemic.

“When the restrictions are lifted, a date will be set for a Jurisdictional Memorial Service that will appropriately recognize the godly life and notable achievements of Bishop Rance Allen,” according to the statement. Bishop Allen is survived by his wife of 50 years, Ellen Marie Allen, who, in her church profile page, described her husband as “the sweetest, most humble, patient, loving, giving man this side of glory.”