Equity and diversity in marijuana legalization, by Phillip E. Thompson 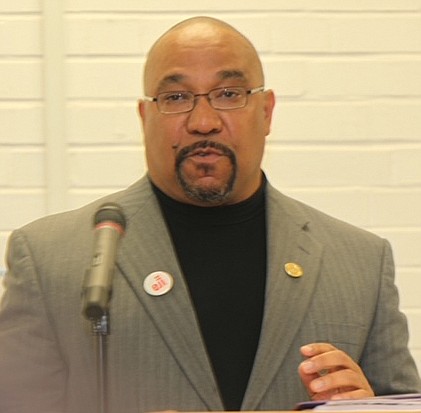 This week, Gov. Ralph S. Northam threw his support behind the legalization of marijuana.

The governor tried to tie the legalization effort to past racial disparities in marijuana criminal enforcement. He said

that “marijuana laws have been based originally on discrimination” and that he supported “social justice licenses.”

Let us be clear: The effort to legalize marijuana in this state has nothing to do with addressing past racial inequities in the enforcement of marijuana laws. Virginia has never demonstrated any real desire to address racial inequities, whether they be in criminal justice, education or economics. If that were the case, the governor’s conversation would have focused on the expungement of marijuana-related arrests and convictions, not tax revenues.

This effort toward legalization is about one thing and one thing only—money. Gov. Northam and the General Assembly know that marijuana legalization will generate millions of dollars in taxes and fees for the Commonwealth.

When money is involved in Virginia, you can bet that equity and diversity will be left out of the equation. Take the legalization of gaming for instance.

To date, the state has no real policy or program to ensure minority participation in casino ownership, even though many of these facilities will be located in communities of color.

With medical cannabis licenses, the state granted five medical cannabis monopolies. This process included no equity or diversity considerations. In both circumstances, no minority owned entity or company with a significant minority ownership interest has been granted a license. Remember, Virginia is a state that cannot even tell its citizens how many contracts it awards to minority businesses.

The minority citizens of Virginia, long the victims of the biased and the overzealous enforcement of the punitive side of the marijuana equation, must demand that our citizens and communities benefit from the commercialization of marijuana and cannabis products in Virginia.

As with the gaming and the medical cannabis legalization process, the lobbyists and monied interests already are lining up and talking to the administration and members of the General Assembly. Most assuredly, equity and diversity are not part of those conversations.

If we, the citizens, sit back and allow the “Virginia way” to move forward regarding marijuana legalization, profit and greed will overwhelm diversity and equity.

We cannot wait until the next legislative session to begin. Communities of color must start talking to their representatives and making their voices heard now. There is an opportunity here, but only action, and not wishful thinking, will bring results.

Please take an active role in this process. Join other individuals and groups in ensuring that equity and social justice are interwoven with the laws legalizing marijuana in Virginia.

The writer, an attorney in Northern Virginia, is former president of the Loudoun County Branch NAACP. He is the president of Cannabis Equity Consultants LLC, which is working with companies across the country to legalize marijuana and ensure diversity and equity in the marijuana business.