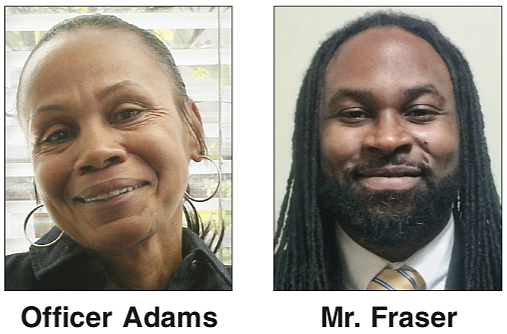 Handed the mission of re-imagining public safety in Richmond, Mayor Levar M. Stoney’s 38-member Richmond task force has come up with a buffet of ideas.

• More training for Richmond police officers in de-escalation techniques to reduce the potential for use of deadly force and increased police transparency and reporting on interactions with the public involving stops and other encounters.

• Greater diversion by 911 emergency dispatchers away from police and to more appropriate agencies of non-criminal calls for assistance involving everything from barking dogs and fallen trees to mental health issues.

• And creation of a new city Office of Restorative Justice and Community Safety to get community members more involved in resolving conflicts and issues without law enforcement.

The Richmond Task Force on Re-imagining Public Safety on Monday delivered its final report to Mayor Stoney following a 100-day review of current practices. The 38-page report with its recommendations now is available for public review on the city’s website, www.richmondgov.com.

Mayor Stoney accepted the report as providing the vision for “building the long-term, equitable public safety infrastructure” that Richmond needs and vowed to begin the process with community input of translating its words into “policies, procedures and practices.”

The mayor first convened the group in July amid public demonstrations over racial justice and police brutality stemming from the killing of an unarmed and unresisting George Floyd by Minneapolis Police.

How much change the report will usher in remains to be seen. Some people do not believe the recommendations go far enough in recommending more retraining of officers and more effort to prevent biased officers from getting on the force.

Absent from the report are proposals for radical change, such as a call for a reduction in the 750-member city police force or similar actions in line with the cry of protesters to “defund police.”

For example, without mentioning police funding, the report notes that “it is glaring that one of the largest budgetary items year after year goes toward policing, criminal courts, prosecution and public safety, with a smaller fraction going towards the court services diversion units, alternatives to incarceration, social services and economic and community development.”

The report recommends that the city “prioritize investment in community,” including health and mental health, education, youth and workforce development and public transportation. “Intentional investment in the resources that truly keep communities safe reduce harmful interactions between police and those who are disparately impacted,” according to the report.

The report also calls for police recruits to take part in a community training academy to meet people who are involved and to participate in volunteer service in the communities they will serve.

Led by Richmond Police Officer Carol Adams, founder and leader of a foundation serving domestic violence victims, and Daryl V. Fraser, a social work professor at Virginia Commonwealth University, the task force was broken into three subgroups, Human Services Lens, Use of Force and Community Engagement and Healing. The final report is a compilation of the subgroups’ recommendations.

Though no mention was made of a Marcus Alert program for mental health crises, the Human Lens Subgroup put top priority on the city developing “a new routing system so that mental health, conflict resolution, substance abuse and non-criminal calls for service are addressed by the appropriate community members and professionals.”

The subgroup also called for “community education on conflict resolution and support for grassroots organizations” based on the crisis assistance model that Eugene, Ore., put in place 30 years ago to reduce reliance on law enforcement.

The Use of Force subgroup stressed the need for the city to beef up community investment, increase police officer training in de-escalation and increase the department’s information flow to the community. Officers also need to carry and pass out business cards and revamp their language so they more clearly state why they are stopping someone.

“What we consistently found was that all residents want to be safe and have better relationships with the officers who patrol their neighborhoods, prior to a call for service,” according to the subgroup’s findings. “Safety is not synonymous with surveillance or criminalization of certain behaviors, but is more so about being treated with dignity and respect.”

The Community Engagement and Healing subgroup recommended creation of a new city office to focus on elevating and sustaining community-based interventions. The subgroup recommended a policy of having community conferencing circles for those “involved in and affected by a conflict or crime.” The idea, the report states, would be to offer a “safe and structured space to resolve the matter effectively.”

Veteran defense attorney, David P. Baugh, who was not a task force member, said he was “not impressed” with the report.

“The problem here is not enough emphasis on retraining and screening of police officers,” said Mr. Baugh, whose 45 years of legal practice includes 40 years representing the arrested.

He said he is most concerned that the task force ignored concerns first raised in 2008 by then-U.S. Attorney James Comey that “white supremacists are infiltrating” police departments.

“More needs to be done to identify bad cops,” Mr. Baugh said, and keep them from jumping to another police department.

He also believes the report did not focus enough on the implicit bias that can affect the outlook of officers. In this country, he said, there has been centuries of indoctrination that Black is the color of evil. He said his case files contain plenty of evidence of police lying in reports to make a case against a Black individual and of treating Black and white people differently.

He cited a recent rally that included armed white people outside the State Capitol and the lack of interference from Richmond Police, who did not act against those who were carrying illegal rifles with high capacity clips of 30 bullets or more.

Mr. Baugh also cited a two-year-old case in which the evidence showed that police arrested two white college students leaving a drug house in Richmond. But after confiscating their heroin and gaining information about the house and their supplier, the two were released without charges, he said.

“That would not happen if those were Black youths,” Mr. Baugh said.

In his view, “this report says there is a problem,” but does not propose the serious solutions that he believes would be required for real change.