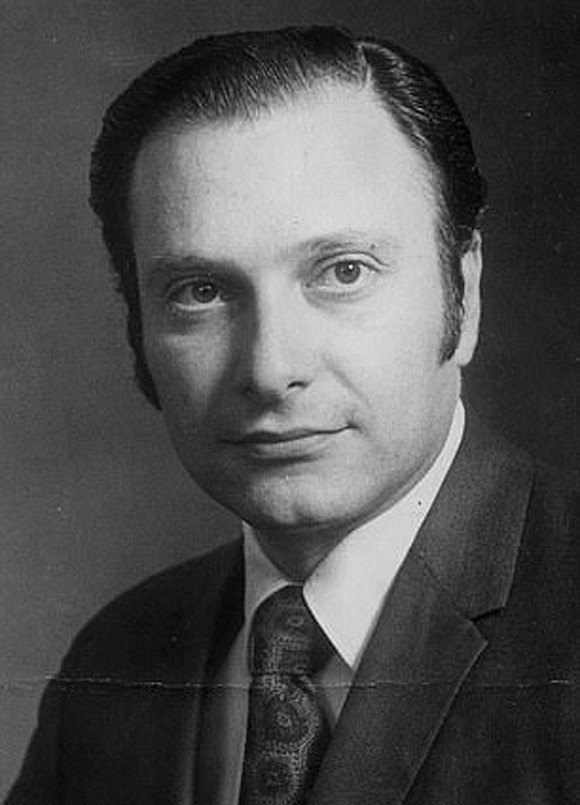 FALLS CHURCH- Bernard S. Cohen, who won a landmark case that led to the U.S. Supreme Court’s rejection of laws forbidding interracial marriage and later went on to a successful political career as a state legislator, has died. He was 86.

Mr. Cohen and legal colleague Phil Hirschkop represented Richard and Mildred Loving, a white man and Black woman who were convicted in Virginia in 1959 of illegally cohabiting as man and wife and ordered to leave the state for 25 years.

Mr. Cohen and Mr. Hirschkop represented the Lovings as they sought to have their conviction overturned. It resulted in the U.S. Supreme Court’s unanimous 1967 Loving v. Virginia ruling that declared anti-miscegenation laws unconstitutional.

Mr. Cohen died Monday, Oct. 12, 2020, of complications from Parkinson’s disease at his home in Fredericksburg, said his son, Bennett Cohen.

Mr. Cohen had a great sense of humor and liked to ride motorcycles and fly planes, his son said.

“He was a bit of a risk taker, and I guess that’s in line with the risks he took in his younger professional life,” Bennett Cohen said.

Mr. Cohen and Mr. Hirschkop were ACLU volunteer attorneys only a few years out of law school when they took on the case. Mildred Loving was referred to the ACLU by then-U.S. Attorney General Robert Kennedy, to whom she had written seeking assistance.

“We would pinch ourselves and say, ‘Do we realize what we’re doing?’ We’re handling one of the most important constitutional law cases ever to come before the court,” Mr. Cohen said in a documentary about the case that aired on HBO in 2012.

The biggest challenge, Mr. Cohen always said of the case, was not the Supreme Court argument, but getting the case back in state court so it could be appealed.

After devising a strategy to do so, the judge who sentenced the Lovings roundly rejected the request to set aside the conviction, giving the lawyers a ruling that could be appealed.

“Almighty God created the races white, black, yellow, Malay and red, and he placed them on separate continents, and but for the interference with His arrangement there would be no cause for such marriages,” the judge wrote in upholding the sentence. “The fact that He separated the races shows that He did not intend for the races to mix.”

Before arguing the case before the U.S. Supreme Court, Mr. Cohen said he tried to explain to Richard Loving the legal doctrines he would use.

“He was very country, sort of rough,” Mr. Cohen told the Associated Press in 1992. “He just said, ‘Tell them I don’t understand why if a man loves a woman he can’t marry her no matter what her color.’ ”

Following the landmark case, Mr. Cohen continued a legal career, but also veered into politics. He was elected to the Virginia House of Delegates in 1979, representing the Alexandria area, and served eight terms.

Bernie always had a strong interest in politics. He always wanted to run for Congress. He was a very successful senior delegate,” Mr. Hirschkop said in a phone interview. “He was much more interested in politics than law.”

During a 16-year career in the House of Delegates, Mr. Cohen ran as “an unabashed liberal” and reveled in introducing controversial legislation. In 1983, he sponsored a resolution in favor of a nuclear freeze that won passage in the House but stalled in the state Senate after a Reagan administration official testified against it. Mr. Cohen blamed the defeat on “kooks in the Defense Department.”

He successfully advocated legislation banning smoking in public places in an era when the tobacco industry was a political powerhouse in Richmond.

Brian Moran, who succeeded Mr. Cohen in the legislature and is now Virginia’s secretary of public safety and homeland security, said Mr. Cohen opted to retire in 1995 because he had grown weary of campaigning. Arthritis made shaking hands painful, and he’d come to loath door-knocking after getting attacked by a dog.

He endorsed Mr. Moran as his successor because he wanted a lawyer to hold the seat.

“He was a real legal eagle. He respected the law and wanted a lawyer to succeed him,” Mr. Moran said. “He was a distinguished legislator, extremely bright.”

His advocacy on behalf of the Lovings rarely came up in his political campaigns, and Mr. Moran said many of his legislative colleagues were unaware of it.

Bennett Cohen said his sense was that the civil rights cases of the 1960s weren’t on people’s immediate minds in the 1980s and 1990s, when his father was active in politics. The Loving case, though, had a huge resurgence in public interest in the last decade, in part driven by the documentary and the 2016 Hollywood feature film “Loving,” but even more so by the parallels people saw between the Loving case and the debate over same-sex marriages.