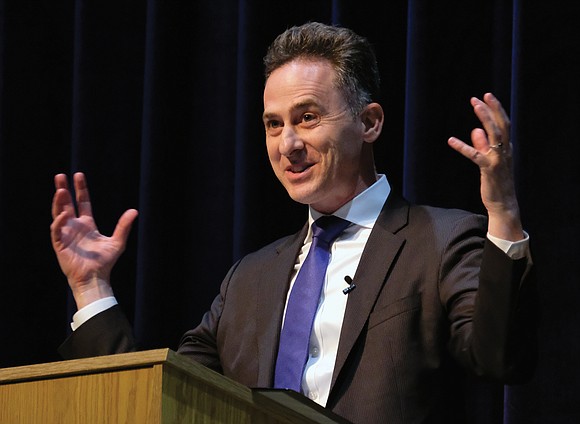 That represents a blow to a planned, but modest expansion of a still limited, city-supported day care initiative to provide supervised and safe learning spaces for students to take virtual classes while their parents work.

The city’s program, managed by the YMCA, currently offers slots for a total of 80 children at two churches. Those slots have long been filled, with extended waiting lists of parents desperate for a place to send their children so they can work.

The school buildings would have added a total of 500 spaces.

As the second week of the new school year winds down, Sarah Blackburn said she and her husband have determined that “trying to manage schooling (for their children) and also keep up with our jobs is just not going to be possible.”

City Councilwoman Stephanie A. Lynch, 5th District, who has led City Council in pushing for a robust day care program, said she is being bombarded by calls from mothers seeking day care help so their children can take their virtual classes with appropriate support.

“More affluent parents can hire aides and babysitters,” Ms. Lynch said. “But there are plenty of families that cannot. And I see this artificial divide in educational opportunity having a real impact on our high-risk, high-needs children that will be felt for years to come.”

Mayor Stoney, who has not opened the city’s recreation centers or other city buildings for the day care program, announced two steps Wednesday in a bid to get a more sizeable program in place.

First, he announced the city would put up $1 million in federal CARES Act funds — one-third of the $3 million he has promised for the program — to subsidize placement at neighborhood child care operations.

Applications for interested providers who currently have extra space, adequate liability insurance and a demonstrated approach to dealing with COVID-19 are to be posted on the city’s website on Friday, Sept. 18, he said.

How long it will take the city to review and award the funding remains a question.

Secondly, Mayor Stoney said he and several members on City Council plan to write the Richmond School Board before its next meeting on Monday, Sept. 21, urging that the board follow the same model RPS adopted to allow nonprofit providers like Next Up to use school buildings for after-school programming.

That model involves the school system creating a memorandum of understanding with the private providers seeking to offer day care during school hours, currently identified as the YMCA of Greater Richmond, the Peter Paul Development Center and the Richmond Behavioral Health Authority.

“We are not asking the school system to assume any additional liability or to run the programs,” Mayor Stoney said. “We don’t need to re-invent the wheel.”

However, School Board members consider it a bait-and-switch after approving on Aug. 31 the city’s request to use the buildings for the day care program.

The board, which has supported Superinten- dent Jason Karmas’ plan for the city to use five school buildings, expected the city to agree to a memorandum of understanding that would ensure the city undertakes all of the operating expenses, including being responsible for ensuring that child care regulations are followed and dealing with any lawsuits if any child were injured or became sick.

“To quote Malcolm X, ‘We’ve been hoodwinked and bamboozled,’ ” School Board member Felicia D. Cosby, 6th District, said after the board was informed Monday night that Mayor Stoney’s administration would not sign the draft memorandum of understanding.

Instead, on the advice of interim City Attorney Haskell C. Brown III, Mayor Stoney’s administration led by his senior policy adviser, Eva Colen, told RPS officials just hours before the School Board meeting that the deals should be made between RPS and the nonprofit providers.

School Board Chair Linda Owen, 9th District, put off any decision until the next meeting, after the board heard from its attorney, Jonnell P. Lilly, who confirmed the city’s position.

She told the board Mr. Brown recommended that the city not sign an agreement “that would make them liable for following child care regulations because they are not the organizations in the building. The city sees itself as the facilitator providing the grants for the child care providers and linking them to RPS.”

Like Ms. Cosby, School Board member James “Scott” Barlow, 2nd District, did not like the sudden change. He said he did not vote on Aug. 31 to approve the deal because such issues where not ironed out.

“I believe that the city should have some skin in this process,” he said, describing the city’s position as a fundamental change.

Meanwhile, the School Board also is hearing pleas to shorten the school day.

Teachers are expressing concern about having to be glued to a computer screen for long hours, including follow-up meetings and training.

Parents are finding it exhausting to motivate their children to stay online for long hours, the board was told, and are worried about the eye strain their children could experience in being online for so long.

At this point, Mr. Kamras does not support any reduction in class time and remains upbeat about the number of students logging in daily and learning. He said he would deliver a performance update to the board next Monday.